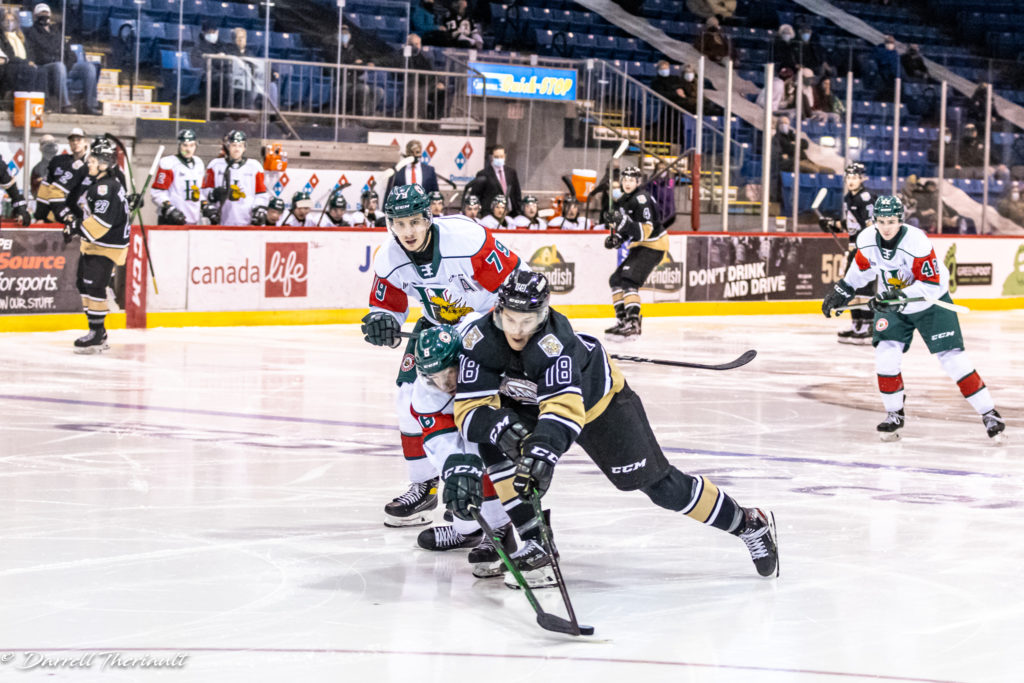 It’s been an obscure week in the QMJHL Maritimes Division, but the Charlottetown Islanders still have a task at hand tonight.

Despite the challenges being faced by other teams in the division caused by the COVID-19 pandemic, the Islanders head to Halifax to take on the Mooseheads, the second time this week the two teams will have faced off.

For Charlottetown (12-2-0-0), they’ll be looking to tighten up in all areas, even though they handled the Mooseheads 5-3 in their meeting on Wednesday. Islanders head coach and general manager Jim Hulton was less than impressed with his team’s performance, saying he felt like his team was falling victims to their own success, almost as if the foot was coming off the gas a little bit.

The team was supposed to play the Saint John Sea Dogs on Friday night, but due to a case of COVID-19 amongst a Sea Dogs staff member, that game was postponed. That off day gave Charlottetown another hard day of practice, something that Hulton suggested following last game that the team needed.

All eyes will be on Cedric Desruisseaux tonight. The 20-year-old has put together a historic start to the season with goals in 13 straight games. Should he score tonight, he’ll match Sidney Crosby’s modern day record-high goal scoring streak of 14 games.

At the other end of the rink, the Mooseheads (5-6-2-3) were less impacted by Thursday’s news than most, able to play both of their games this weekend. Unfortunately for them, they dropped a heartbreaker to the Acadie-Bathurst Titan last night, 4-3 following an eight-round shootout. They’ll be looking to make up for that tonight, along with avenging that 5-3 loss to Charlottetown on Wednesday night.

A big boost to the lineup came last night in the way of Zachary L’Heureux. The 17-year-old star returned from a 4-game suspension earned in a matchup with the Islanders a few weeks back. His effect on the lineup was immediate; L’Heureux scored the Mooseheads second goal of the game last night, his seventh of the season.

With L’Heureux’s return to action, American forward Zack Jones’ season debut, and star rookie Jordan Dumais’ return from injury last night, Halifax is finally inching closer to having a full-strength lineup this season. They still remain without forward Cole Foston, who is out with injury; Justin Barron, who is with Team Canada at the World Junior Selection Camp; and Attilio Biasca and Senna Peeters, the team’s Euro forwards who remain in Europe awaiting word on when they can arrive in Canada.

You can catch all of the action live across the airwaves on Ocean 100’s Saturday Night Hockey, or watch it live on Eastlink Channel 610! If you’re in Charlottetown, head to The Factory Downtown or Boston Pizza, they’ll have the game on the big screens!