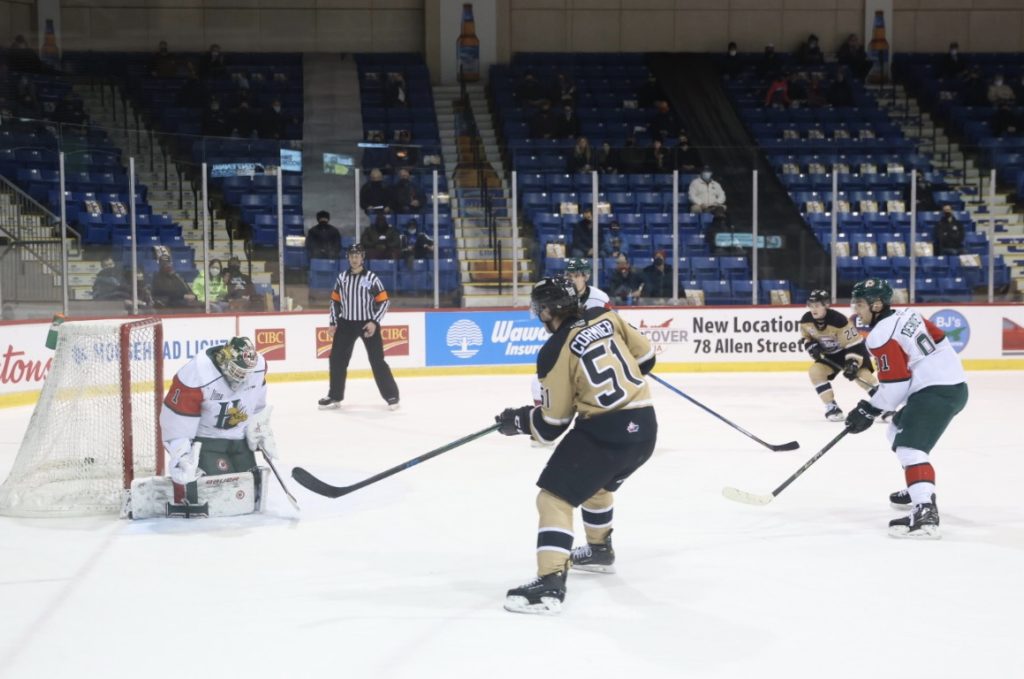 It’s not been often this season that the Islanders have had to play comeback kids; however, they were successful tonight.

Heading in to the third period down by one, the Islanders clawed back to get the game to overtime. Lukas Cormier would play the hero, potting the game-winner as the Isles defeated the Mooseheads 4-3 in front of a loud Eastlink Centre crowd.

“It wasn’t the the start of the game that we were looking for but that’s what good teams do; find ways to come back and grind out wins,” said Cormier.

Cormier’s goal and assist gave him 100 career points in the Q; the Vegas Golden Knights prospect had been quiet as of late, relative to his typical scoring prowess, but he explained that he just put his head down and focused on the little things.

“It’s not something I think about too much; I just try to play the game right and improve myself defensively to help our team win games. That’s the main goal right now.”

Charlottetown would find themselves down early thanks to a bouncing puck in front of Jacob Goobie. The Isles would scramble to get a stick on it but unfortunately James Swan did first. The 16-year-old found paydirt, burying the bobbling biscuit for his ninth goal of the season.

Halifax would take that lead to the second period when penalty trouble bit the Islanders. The league’s top penalized team, Charlottetown found themselves down a man once again and Halifax would take advantage; Bobby Orr would finish off the passing play to extend the Halifax lead to 2-0.

Cedric Desruisseaux would answer with a powerplay marker of his own, taking advantage of lots of space 5-on-3 to uncork a hard wrister that beat Mooseheads starter Alexis Gravel for his 26th goal of the season in just 23 games.

The third period opened up with Brett Budgell tying the game up for Charlottetown and keeping his scorching hot play of late going. The captain would bury the puck off an in-tight pass from Thomas Casey for his seventh goal of the season and third in four nights.

The Mooseheads would pull ahead again thanks to former Islander Liam Peyton before Casey got back on the board. After a big Goobie save, Cormier would swat the puck out of the zone, falling conveniently in front of the speedy winger who’d take off all alone. He’d beat Gravel short side for his 20th goal of the season and second point of the night.

The two teams would battle back and forth until the overtime period descended upon the Eastlink Centre. Cormier would waste little time ending it; the defenseman would get the pass along the boards and use the extra space to his advantage, circling the entire zone before finding an opening and firing a quick wrister down low, beating Gravel five-hole to send the Eastlink Centre crowd home happy.

Casey and Desruisseaux would continue their torrid play with another three points each, while Budgell added a goal and an assist of his own. Noah Laaouan and Jacob Goobie would also add single helpers. Goobie would make 25 saves for his fifth victory of the season.

The hockey action continues at the Eastlink Centre tomorrow night as your Islanders are right back at it against the Cape Breton Eagles. All the fun will be broadcasted live at our five viewing partners across Charlottetown and on Eastlink Community TV Channel 10/610. You can also listen to George Matthews and Cory Arsenault on Ocean 100’s Saturday Night Hockey! 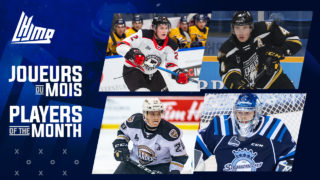 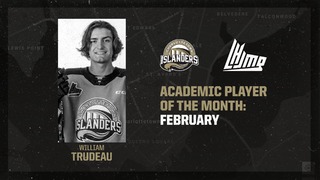 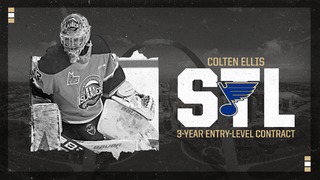 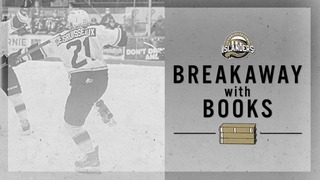 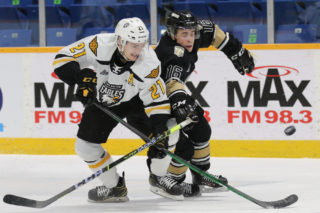