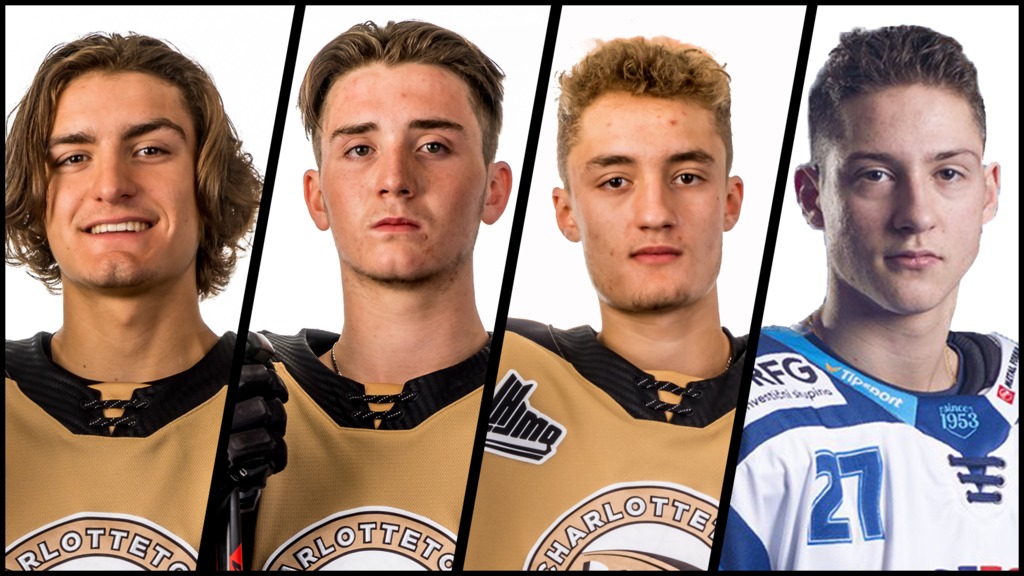 On Thursday May 27th, the NHL’s Central Scouting department released their final rankings ahead of the 2021 NHL Draft, and a number of Charlottetown Islanders representatives have found their way to the front of mind with NHL scouts.

Trudeau, put together a career season with the Islanders, expanding on his successful rookie season with eight goals and 31 points in just 40 games this season. His plus-34 rating ranked him 3rd among all QMJHL players, behind only teammates Cédric Desruisseaux and Lukas Cormier. This is Trudeau’s first year of eligibility for the NHL Draft as he was born after September 15th, 2002.

Like his defense partner, Plandowski had a stellar second season with the Islanders. The smooth-skating defenseman recorded five goals and 17 assists in 39 games. In the playoffs, Plandowski also added another goal and an assist in eight games. At the beginning of the season, Plandowski was given a ‘B’ rating by NHL Central Scouting as a player to watch ahead of the draft.

Ben Boyd emerged as a physical presence and effective power forward in his first year in the QMJHL. The 6’3 Dartmouth, Nova Scotia product picked up seven goals and 10 points in 35 games this season to go along with 45 penalty minutes. As well-known for his fists as he was his skills, Boyd led all QMJHL players with five fighting majors this season.

Brabenec was Charlottetown’s first selection in the 2020 CHL Import Draft, taking the Czech forward 35th overall. The forward was one of the youngest players to play in the Czech Extraliga, recording one assist in 23 games with HC Kometa Brno this season. Brabenec also represented the Czech Republic internationally on multiple occasions, recording 12 points in 9 games across two international competitions with his home country.

All four members of the Islanders family will have the opportunity to hear their name called at the 2021 NHL Draft beginning on July 23rd, 2021. We would like to wish all four players all the best as they begin their ascent to the NHL!