Isles look to push Titan to the brink with victory today 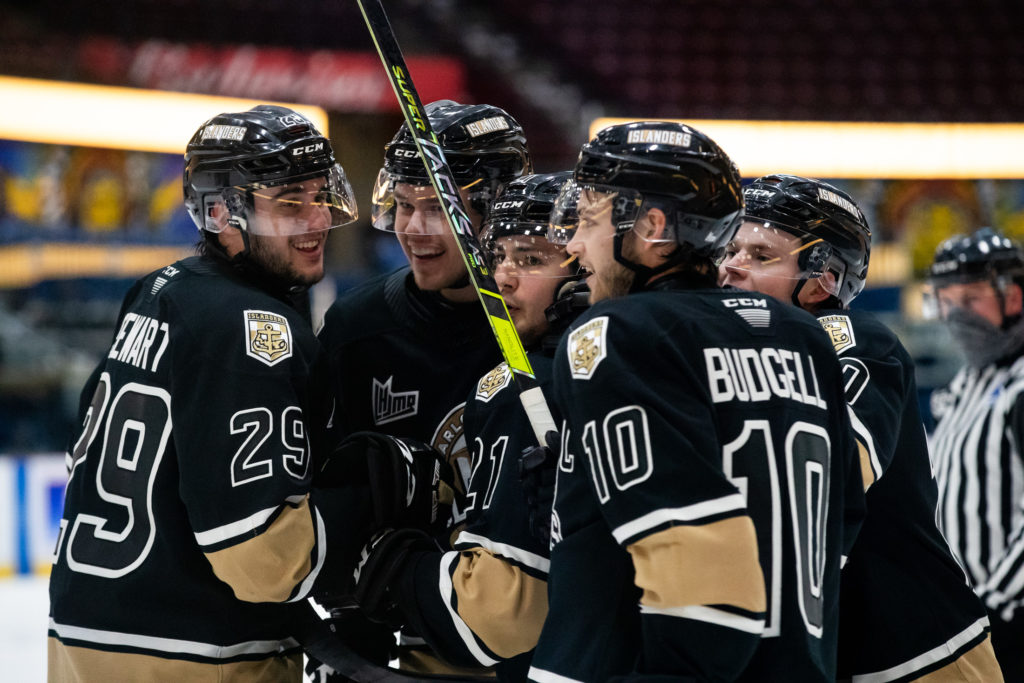 While their second round matchup began just one day ago, the Charlottetown Islanders have an opportunity to push the Acadie-Bathurst Titan into do-or-die mode.

Such is the life of a best-of-five series, as the two teams meet in Game 2 of their President’s Cup Playoff matchup less than 24 hours after Game One’s conclusion.

The Islanders shook off the rust associated with three weeks of training after the first period and tightened up down the stretch, playing the brand of hockey that local fans grew accustomed to this season. Colten Ellis played sterling between the pipes, making 18 saves for his second career playoff shutout as the Islanders defeated the Titan 3-0 to take Game One of the series.

The game was arguably a battle of the men at either of the ice, as Ellis and Titan starter Jan Bednar exchanged many a save for the first half of the game. It wasn’t until the third period that the Islanders were able to break the game open and find cracks in Bednar’s armour. To his credit, the Detroit Red Wings prospect made 37 saves in defeat to earn the second star of the game.

While captain Brett Budgell took home the first star of the game with his two-point effort, it was Patrick Guay who many had their eyes on in this game. The forward picked up an assist in the victory while also tying for the team high with three Dangerous Shots in the game. It was said many times throughout the broadcast that it was Guay’s best game as an Islander, while head coach Jim Hulton echoed that statement and gave the former Sherbrooke Phoenix high praise for his performance on Saturday afternoon.

Want to watch the Mother’s Day fun? Tune in to Eastlink Community TV for all the action or listen live on Ocean 100 with George Matthews and Cory Arsenault. Join us at the PEI Brewing Company to make an afternoon of it with our Playoff Watch Party for Charity! Purchase your ticket for just $5 by clicking HERE. 100% of proceeds from the door will be going to a local Island charity!