Isles going for series win over Titan in Game 3 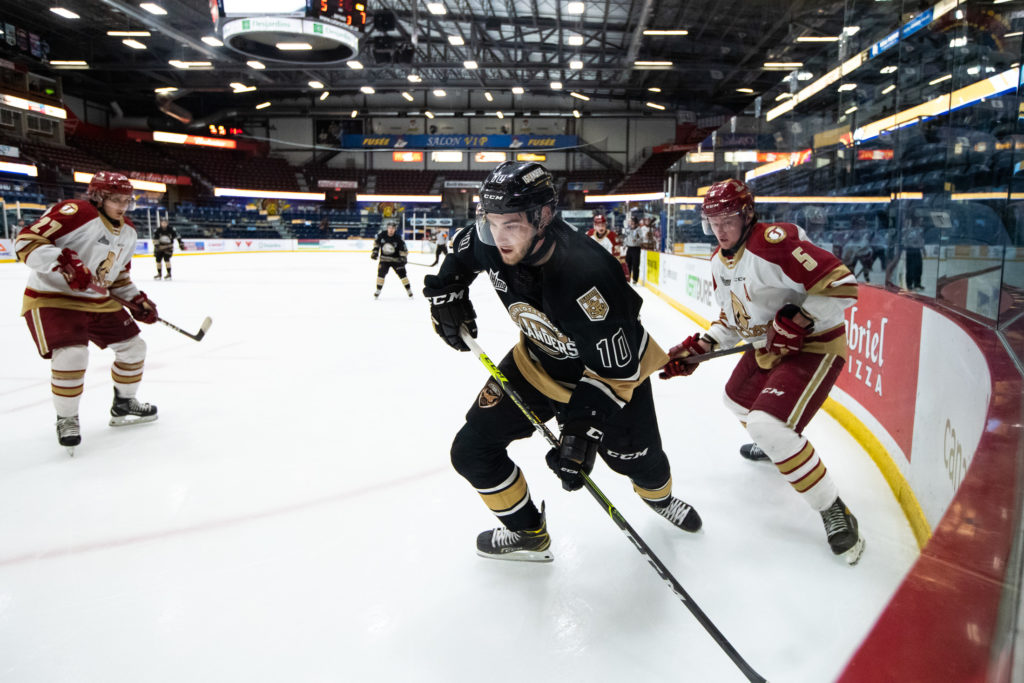 The brooms could be coming out across Charlottetown tonight.

The Charlottetown Islanders could be moving on to the QMJHL semi-finals tonight with a third straight victory over the Acadie-Bathurst Titan. Game 3 goes down tonight at 8:00pm Atlantic in Shawinigan, Quebec.

The Islanders came out strong in Game 2 on Sunday, jumping out to a 3-0 lead by the end of the first period. Bathurst would claw back in the second period and begin a wild sequence of events, trading goals with the Islanders before Sam Oliver put Charlottetown up for good in the third period en route to a 7-5 victory.

The Isles have been getting steady scoring throughout their lineup. Seven players finished with multi-point games on Sunday including Patrick Guay and Cédric Desruisseaux, who picked up right where they left off on Saturday with strong performances once again. The pair lead the Isles with 3 points each in two games, while all but three players (Patrick Leblanc, Félix Tremblay, and William Trudeau) have recorded a point, an example of how deep Charlottetown has become offensively.

One player who stood out for the Isles was Drew Elliott. The forward drew praise from head coach Jim Hulton for playing some of the best hockey in his young career following Sunday’s game. The Musquash, New Brunswick product scored the final goal in Sunday’s victory.

Despite the win, Hulton was far from pleased with his team’s performance. The Isles head coach felt his team didn’t bring their identity to the table, the identity that won them 35 games this regular season.

“Playoffs is all about what group can elevate from where they were in the regular season, because your regular season performance isn’t going to get it done,” Hulton explained post-game Sunday. “We still have some guys stuck in regular season mode, and that has to quickly change. You have to change your approach, simplify your game, bring more energy, and play in more straight lines.”

As always, George Matthews and Cory Arsenault will have the call on Ocean 100 starting with the pre-game show starting at 7:45pm. You can also watch live on Eastlink Community TV at 8:00pm or join us live at the PEI Brewing Company for another Playoff Watch Party for Charity! 100% of proceeds from the door will be going to an Island local charity; purchase your tickets by clicking HERE.