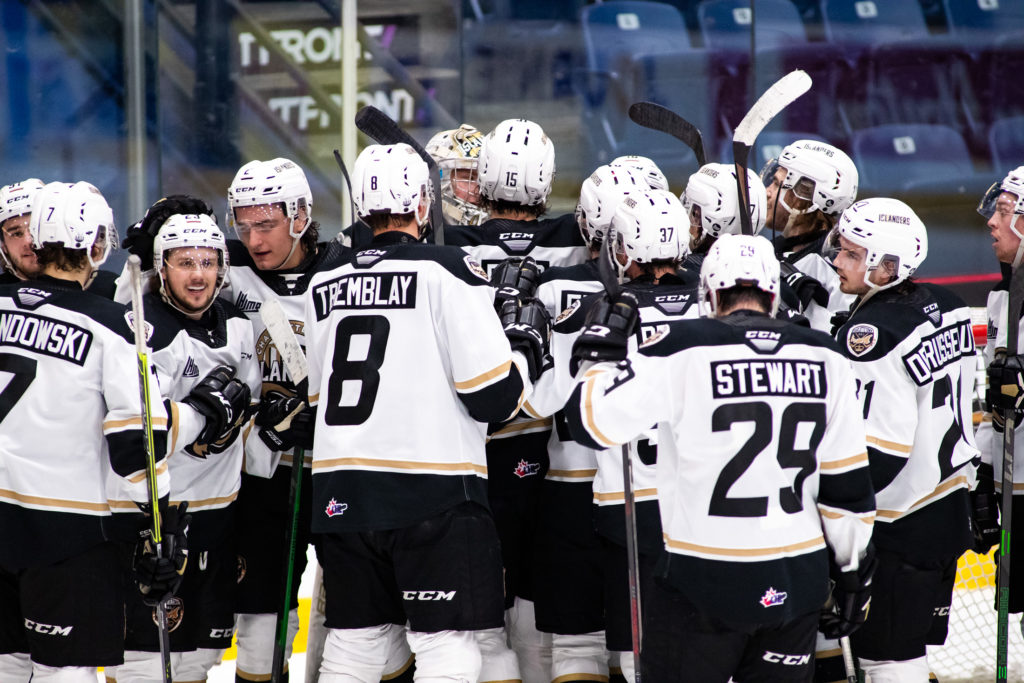 The Charlottetown Islanders pulled off the sweep.

Coming off what Islanders head coach Jim Hulton called the team’s worst game of the season, the Islanders got back to the identity that helped them win 35 games on the regular season. Brett Budgell and Thomas Casey each picked up two points while Colten Ellis made 19 saves as the Islanders won their third straight game over the Acadie-Bathurst Titan 2-1 to advance to the QMJHL Semi-Finals.

“The quicker you can close out a series, the more it benefits you the longer the playoffs go,” said Jim Hulton on winning three straight games to win the series. “To close this series out tonight and not have to put ourselves through anymore second round games allows us to stay healthy moving into the semi-finals.”

“It’s nice to get the job done; this group has worked really hard all year and it was really fitting that they could wrap it up this evening.”

The two men between the pipes knew they had to come out stronger in Game 3 than they did in Game 2, and that they did. Ellis and Jan Bednar came out strong for their teams, keeping their teams in this game through the first period.

Despite the deadlock, the Islanders paced the Titan through the first period and that trend continued in the second. As the period opened up Charlottetown found themselves on a powerplay held over from the first period and they took advantage; a slick passing pay from Lukas Cormier and Budgell left Casey alone in front with the puck. He tapped it between Bednar’s legs for his first goal of the playoffs and a 1-0 Isles lead.

Charlottetown didn’t waste much time extending that lead as the captain got on the scoresheet again not long after. Budgell would receive a great pass from Cédric Desruisseaux and capitalize on a glorious opportunity, going upstairs in tight on Bednar to quickly extend the Islanders lead to 2-0.

Lukas Cormier picked his third assist in two games, providing a strong presence on the top pairing alongside Noah Laaouan. Desruisseaux picked up the other assist in the victory.

“We get to enjoy this win for the next few hours, but then the focus shifts and we have to get ready for the next round. There’s still lots of work to be done.” added Cormier

The Islanders now await the victor of the series between the Victoriaville Tigres and Blainville-Boisbriand Armada to see who they will play in the QMJHL Semi-Finals. Regardless of what happens, you will be able to catch all the action on Ocean 100 and at the PEI Brewing Company.