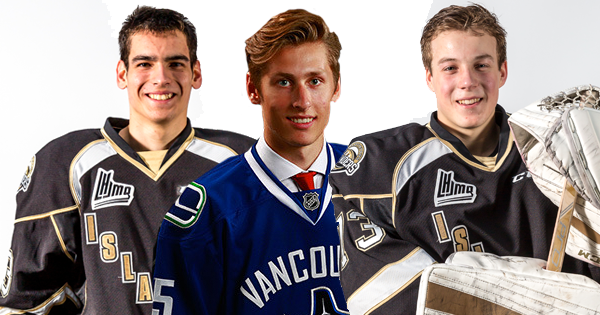 On Monday, Hockey Canada released the names of the players that have been invited to their numerous development camps taking place this summer.

Brisebois is one of 41 players – 4 goalies, 14 defensemen, and 23 forwards at Canada’s National Junior Team Sport Chek Summer Development Camp. Players will participate in practices from July 30th-August 2nd, in Toronto before playing in a series of games against Finland, Sweden, and the United States at the USA Hockey Arena in Plymouth, Michigan from August 3rd – 6th.

Head Coach and General Manager Jim Houlton commented on the news by stating, “We knew when we acquired Brisebois that he was an elite player and this further solidifies that. Being selected to the World Juniors camp is a great accomplishment that reflects on the hard work and determination that he puts into his game.”

Forward Shawn Boudrias and goaltender Matt Welsh have also been invited by Hockey Canada to attend the U-18 Development Camp.

They will join a roster 44 players – four goaltenders, 16 defencemen, and 24 forwards who will participate in practices and three Red-White intrasquad games.

Of the 44 players who have been invited to the selection camp, 22 will be selected for Canada’s National Men’s Summer Under-18 Team for the 2016 U18 Ivan Hlinka Memorial Cup, August 8th-12th in Breclav, Czech Republic and Bratislava, Slovakia.

Hulton commented, “Being selected to this camp is a true compliment to the seasons both Matt and Shawn had as rookies in the Quebec League. They both worked and competed extremely hard and are being rewarded for their efforts”.