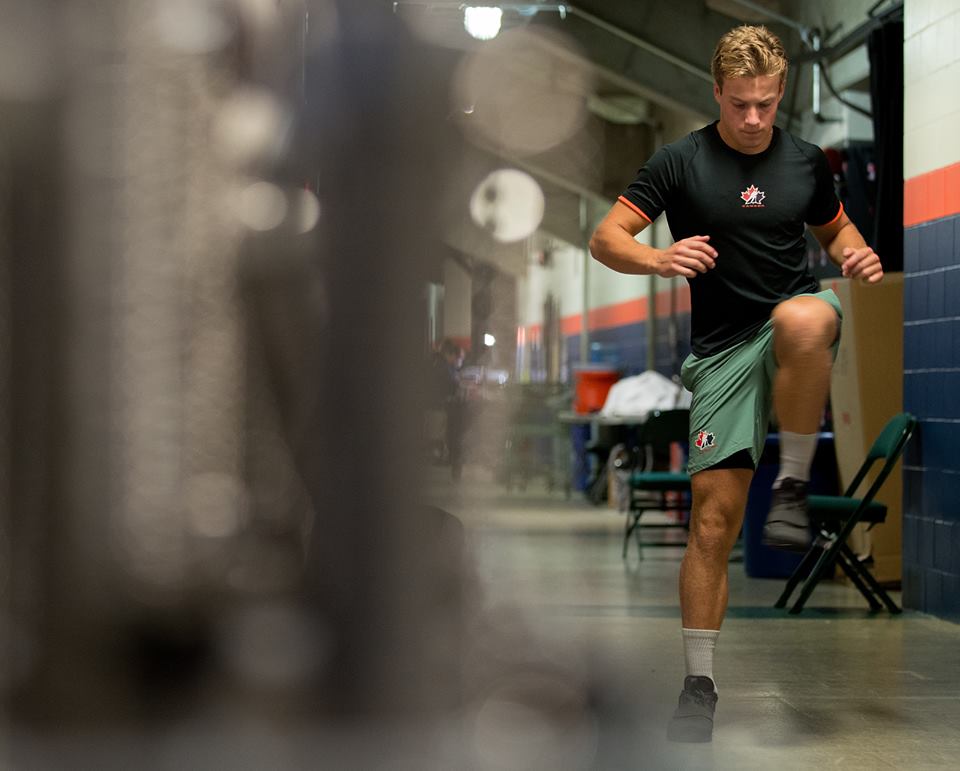 The end of July was a busy time for Charlottetown Islanders goaltender Matthew Welsh. He was one of just four junior-aged Canadian goaltenders to be invited to the Sport Chek World Junior Showcase in Kamloops, British Columbia, an early identifying camp for the 2019 World Junior Hockey Championships in Vancouver, BC.

For Welsh, this was an opportunity to be amongst some of the most elite junior hockey players not just in Canada, but the world.

“It was a great experience, obviously there was a lot of unbelievable hockey players and great professionals around, so it was great to be there.” said the netminder from Halifax. “It was probably the highest level of hockey I’ve played.”

The experience allowed Welsh to see where he ranks amongst the best that Canada has to offer, and opened his eyes to what it truly takes to reach the next level. That’s something Welsh says he’ll bring back to Charlottetown with him.

“At that level you get to compare yourself to some of the best players in the world at your age.” said Welsh. “For me the biggest takeaway was how slim the margin is to get to that next level. It motivates you to work harder and harder.”

Welsh and defenseman Pierre-Olivier Joseph were the lone Islanders to be invited to the Showcase for Canada (former Islanders defenseman Saku Vesterinen represented Team Finland). The netminder stood tall for Team Canada White, posting a 2.73 goals against average and a .889 save percentage. Overall, Welsh said he was happy with his performance.

“Obviously in August it’s tough to jump right in to game situations, but I just wanted to go in, work my hardest, and have a lot of fun.” Said Welsh. “I definitely did that and was able to have some success. I played my heart out and had fun with it.”

Looking ahead to his duties with the Islanders, Welsh stated that he wants to remove the sour taste of defeat left by the Blainville-Boisbriand Armada following the Islanders third round exit from the 2018 QMJHL playoffs.

“Coming off the playoff loss last year in the third round, there’s some bitter tastes in our mouths. We want to push that and go even further this year.” Said Welsh. “I think we’re all gonna be holding each other accountable to play to the best of our abilities. I’m excited for it, and I’m ready to get going.”

Catch Matthew Welsh and the rest of the Charlottetown Islanders this weekend at the APM Centre in Cornwall as the Islanders take on the Cape Breton Screaming Eagles in their next preseason home game. Tickets are $10 for adults and seniors and $5 for students and youth, and are available at the door.