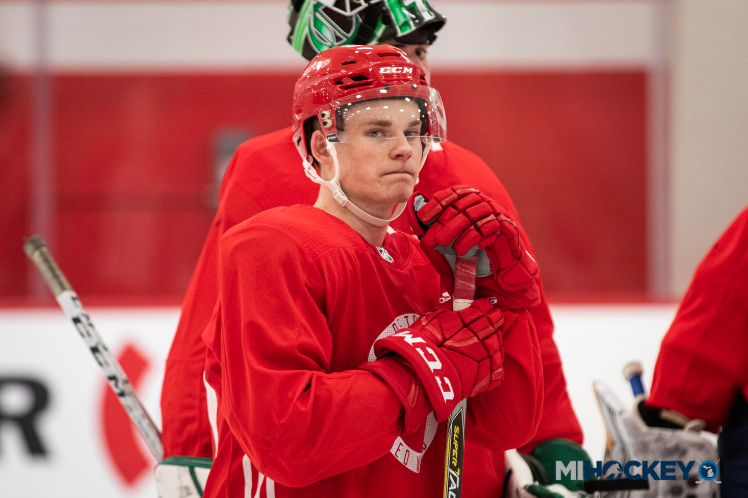 Each year following the National Hockey League Draft, NHL teams hold development camps for their new and returning prospects. This is how each team gets an idea of where their players are at following the season, and helps their prospects identify what they need to work on to take the next step in their professional hockey careers.

While the main stories from theses camps are fans getting their first look at new top prospects, the story that always intrigues the hardcore fans are the undrafted invites. These players are the ones that are looking for their opportunity to showcase their skills at the pro level. Some camps lead to even greater opportunities – look no further than this summer when Summerside native Jeremy McKenna signed an AHL contract with the Stockton Heat after attending Calgary Flames development camp.

NHL development camps became quite the story for the Charlottetown Islanders this offseason. Not only did drafted prospects Nikita Alexandrov (St. Louis Blues) and Xavier Bernard (New Jersey Devils) learn from the pros, but two Charlottetown fan favourites got their first cracks at the pro level; Thomas Casey headed off to Detroit with the Red Wings, while Matthew Welsh hopped on a flight to Buffalo with the Sabres.

For Casey, the experience of working with the best of the best was invaluable.

“The amount of quality hockey players at camp was impressive, and Detroit’s staff are all high-quality people,” said Casey on the camp. “I haven’t learned that much at any point in my life with regards to hockey. The tools and resources they supply us make it so much fun. It’s an experience I really cherish and was happy to have.”

Thomas was one of a number of QMJHL players at Detroit’s camp, including top drafted prospects Joe Veleno, Jared McIsaac, and Filip Zadina (though McIsaac and Zadina didn’t participate due to injuries). Casey said one of the main takeaways from development camp were the finer techniques that they taught.

“It was everything from how to change the angles of our shots to skills on the odd-man rush,” he said “It was amazing, all the little tips and tricks they had from guys who were in the NHL that I had never heard of.”

With no prior experience at the NHL level, Casey leaned on a former Islander and one of his training partners: Colorado Avalanche defenseman Ryan Graves told him to remain calm, play his game, and everything would be fine.

“I was kind of anxious getting ready for it, but when I got there the nerves went away,” Casey said. “You have to soak it all in; thankfully I did that, it was a lot of fun.” 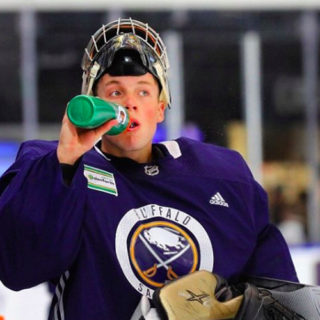 “It was amazing; I was really honoured to get the invite from Buffalo,” said Welsh. “I knew it was going to be a high skill level and pro atmosphere so I was really excited to get down there and learn.”

One thing that Welsh was particularly impressed with was the professionalism exemplified not just by the staff, but also his peers.

“It was a really professional environment; everyone is there for a purpose and we all want to move to the next level. It was great to learn from really high-end coaches and soak in as much as I could.”

It was that professionalism and maturity that Welsh attempted to emulate while in Buffalo, and it was noticed by the Sabres coaching staff.

“They were happy with my maturity, how I took everything serious, and how I was there to learn,” said Welsh on any feedback he was given. “They were very upfront that this was a development camp and not an evaluation camp, so they were just trying to teach us as much as they could. Moving forward I want to continue to learn from the coaches there and from everyone in that environment.”

Welsh spoke with his brother, Nick, before heading to Buffalo. The elder Welsh attended Sabres training camp last season and was able to prepare his younger brother with the rundown on things around the rink and at camp, and said it was helpful in getting him ready for the action. 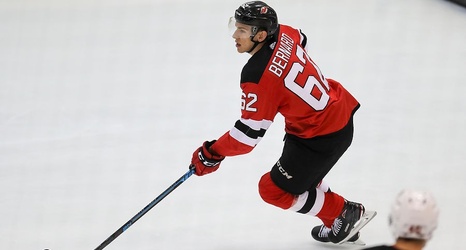 “You learn so much about everything; you don’t just learn about your game, but you learn about yourself as well, and how you can continue to grow as a person and as a player,” said the big defender from Mercier, QC. “They also teach us about proper nutrition, how to be stronger mentally, and lots of other topics.”

Bernard emphasized how accessible the entire New Jersey Devils organization was. He said he had multiple discussions with Devils general manager Ray Shero through the camp, while he received hands-on training from Devils greats such as Patrik Elias.

“He’s one of the best players in franchise history, and he was doing workouts and yoga with us,” said Bernard on Elias. “He was just so humble. He, and everyone in the organization were just so nice and kind.”

All three players say that they’re excited to take what they’ve learned and apply it to their season in Charlottetown.

“I took a lot away from the camp and applied them this summer to my skating and training,” said Casey. “I’ve been doing it with other Islanders; we’ve been working hard together and are really looking forward to getting this season going.”

“Always continue to grow and develop as a person,” Bernard said on the feedback from coaches. “I’m still just 19 years old and although I have a long way to go before the NHL, I can still be an effective player in Charlottetown. I just have to keep learning and always be a better person and better player everyday.”

“Everyone in junior wants to get to the next level,” said Welsh. “If I can lead the younger guys to believe that they can get to the next level, act in a way that the pros would act, and bring that professional environment to the Islanders dressing room, I think that would be huge for us as a team.”