Academic Player of the Month – February

Academic Player of the Month William Trudeau
by
Aidan Northcott 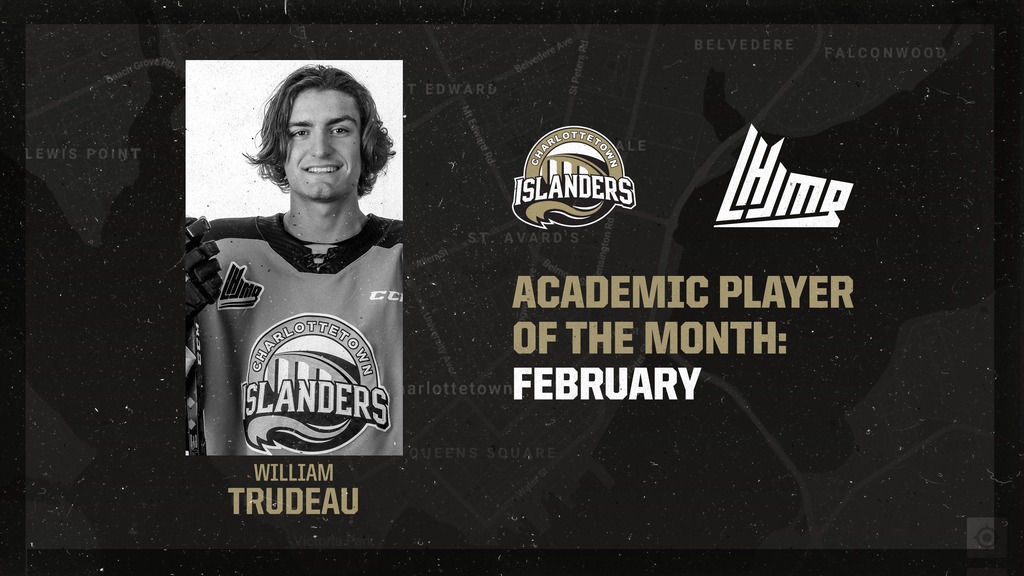 The Charlottetown Islanders organization takes the utmost pride in developing it’s players both on and off the ice. Our organization is committed to helping our players achieve academic excellence throughout their time as an Islander under the guidance of an extensive academic advisement team. Each month, all Quebec Major Junior Hockey League teams recognize a player for their efforts in the classroom and designate them the team’s Academic Player of the Month. For January, Charlottetown’s Academic Player of the Month is William Trudeau.

William is in the midst of his 2nd season in the QMJHL. He came to training camp as a sophomore focused both on the ice and in the classroom. That determination, leadership and work ethic has earned him the full respect of his coaches, teammates and academic staff. In the 2020 Fall Semester, William was successful in passing all of his classes and is already on track for great success in the 2021 Winter Semester. He is always one of the first students to get settled into his school work after his on-ice practice and one of the last ones to leave the classroom. He leads by example in all he does, including his work ethic in the classroom.

The Charlottetown Islanders would like to congratulate Noah on his success in the classroom!