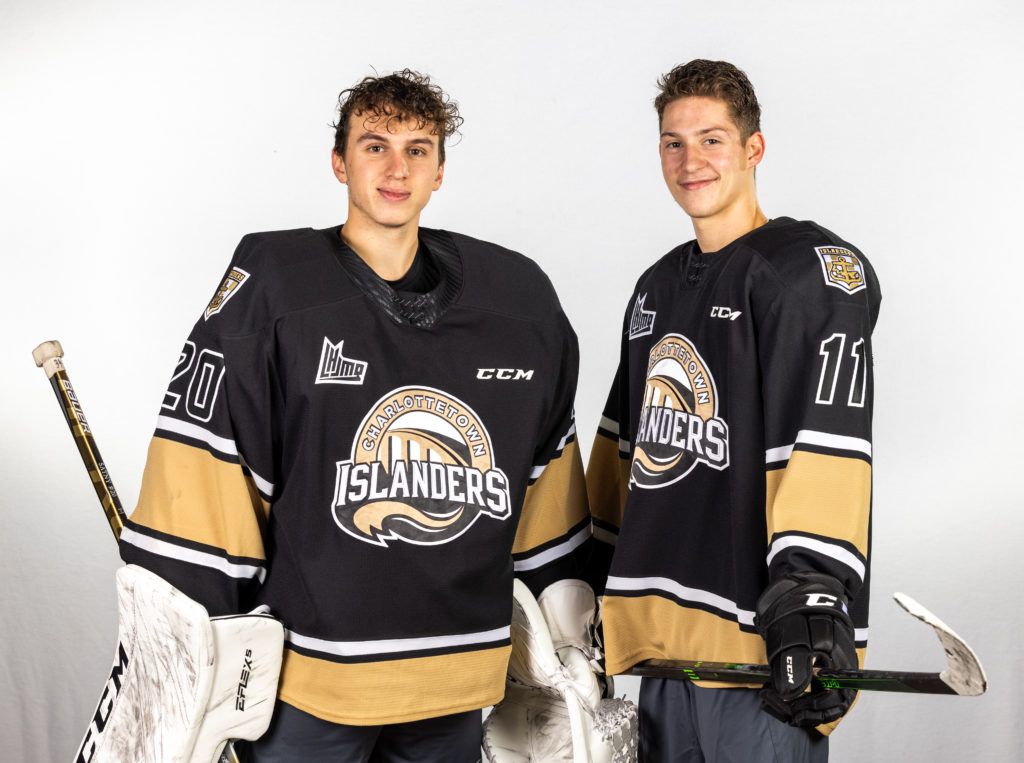 After entering unprecedented times in early 2020, the sports world was brought to a halt. For the QMJHL, the COVID-19 pandemic especially put a damper on players taken in the CHL Import Draft.

Now, with vaccines rolling out in high numbers, it’s opening the world back up for international hockey players to make their way to Canada. For the Islanders, Jakub Brabenec and Oliver Satny are excited to have finally made their way into the black and harvest gold uniform.

“I’m feeling great, I think we will have a very good team and I’m really looking forward to the season. I’m so happy to finally be in Charlottetown” said Jakub Brabenec, when asked about his feelings on the Islanders, start to the season.

Oliver added “ We have a great team, I think we all want to be successful this season, and to get to the Memorial Cup. PEI is a very beautiful place. All the people are very nice, I feel really good here.”

Brabenec was the Islanders’ top pick in the 2020 QMJHL Import Draft but was unable to report to PEI last year in what should have been his rookie season. He was taken in the 4th round 102nd overall by the Vegas Golden Knights. After attending rookie camp with teammate Lukas Cormier, both are back on the Island to start the season.

“Jakub played pro last year in the Czech Republic so he’s used to the competition. He’s going to fit in nicely with our top 6 forwards, and he’ll be a big part of the powerplay” commented Head Coach Jim Hulton.

When asked about his style of play, Brabenec commented, “I think I’m a smart player who chooses a pass instead of a shot, otherwise, I can predict the game well.”

The 18-year-old will be wearing number 11 for the Islanders this season as he looks to be an influential piece for the team’s offense.

“Both Jakub and Oliver are fitting in well, they have great personalities and are all smiles,” commented Hulton.

Goaltender Oliver Satny was the 52nd pick in the 2021 Import Draft for the Islanders. The 6’1”, 174 lbs goaltender catches left and hails from Tabor, Czech Republic. Satny played between 2 clubs last year, BK Mladá Boleslav U20 and HC Slovan Usti nad Labem. Between the two, he appeared in 13 games posting a .918 SV% and a 2.72 GAA. He also made Czech Republic’s U18 WJC team where he appeared in 4 games with a .905 SV% and a 2.89 GAA.

“In the game, I always try to help my team as much as possible so the boys can concentrate on their game,” commented Satny.

“Oliver has a bit of a transition to make coming to play on a smaller ice surface but is adapting well. Jacob Goobie and Oliver will be a really good tandem, and are working well with each other,” said Hulton.

Oliver attended the Buffalo Sabres rookie camp this year but was reassigned to the Islanders before the main camp. Oliver will be dawning number 20 this year for the Islanders.

The Islanders continue the season on home ice Friday night against the Halifax Mooseheads after starting the year with a 2-0 record. Single-game tickets are available at the Eastlink Centre Box Office in person (Monday to Friday 11 am to 5 pm), online, or by phone at 902.629.6625.