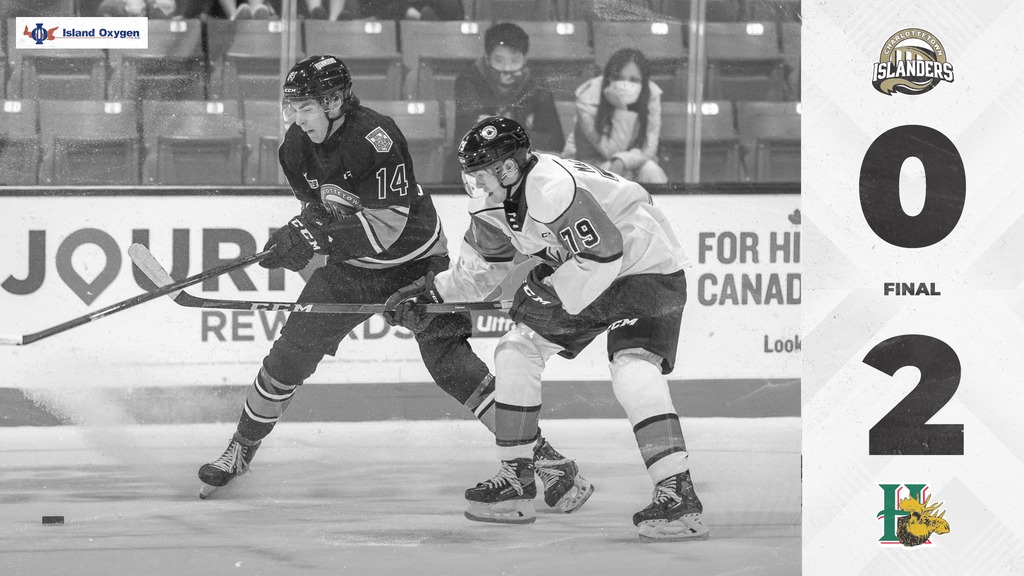 Charlottetown Islanders fans have had a lot to cheer about early on this season. However early in the year there is no denying that this team is going to be not only exciting to watch but a ferocious opponent for those crossing our bridge. After a dominant outing in Charlottetown by the Maritime rivals, it was set to be a good match-up going over to the Scotiabank Centre Saturday night.

The first period showed that the teams had worked meticulously on their game plans going into the second part of their series. Defense was set to be the theme of this game as neither team was able to get on the board in the first. Both Goobie and James looked confident in the early goings of this bout.

After 20 minutes of play, the score was still deadlocked at 0. Shots on goal were tied as well at 10.

The Mooseheads were able to get a step up on the Islanders early in the second when David Lafrance was able to beat Goobie and put the Mooseheads out front 1-0. Assists on the goal went to Mathieu Cataford and Zachary Beauregard. This stood to be the only mark of the second as play kept quick and both netminders continued their solid performances.

Shots on goal following the second frame stood in favor of the Mooseheads 22-21.

The Islanders were able to get a spark going in the 3rd when Lukas Cormier cleaned up a blocked shot from a Mooseheads defender to snipe one over the shoulder of Brady James and allegedly tie the game. However, after a lengthy review, the call was overturned as it was ruled that Xavier Simoneau was offside by mere centimeters reversing the goal and putting it back to 1-0 Halifax.

A few minutes after the unlucky break for the Isles, the Mooseheads had some luck bounce their way. Bobby Orr was able to clean up a fortunate bounce and beat a sprawling Goobie and a diving Laaouan to give the Moose some insurance putting them ahead 2-0. Senna Peeters was credited with the helper.

2-0 stood to be the final tally in this one as the Mooseheads were able to climb back to .500 hockey as well as handing the Isles loss number one on the campaign. Brady James also recorded his first career QMJHL shutout in the process stopping all 32 Islanders shots. James also earned the first star of the game for his efforts in the crease.

Halifax’s Brady Schultz earned the second star of the game, while Isles goalie Jacob Goobie was awarded the 3rd star stopping 30 or 32 shots.

The Islanders will be back at the Eastlink Centre Monday afternoon as puck drop is set for 3 pm when we hit the ice for some Thanksgiving action against the Saint John Sea Dogs.