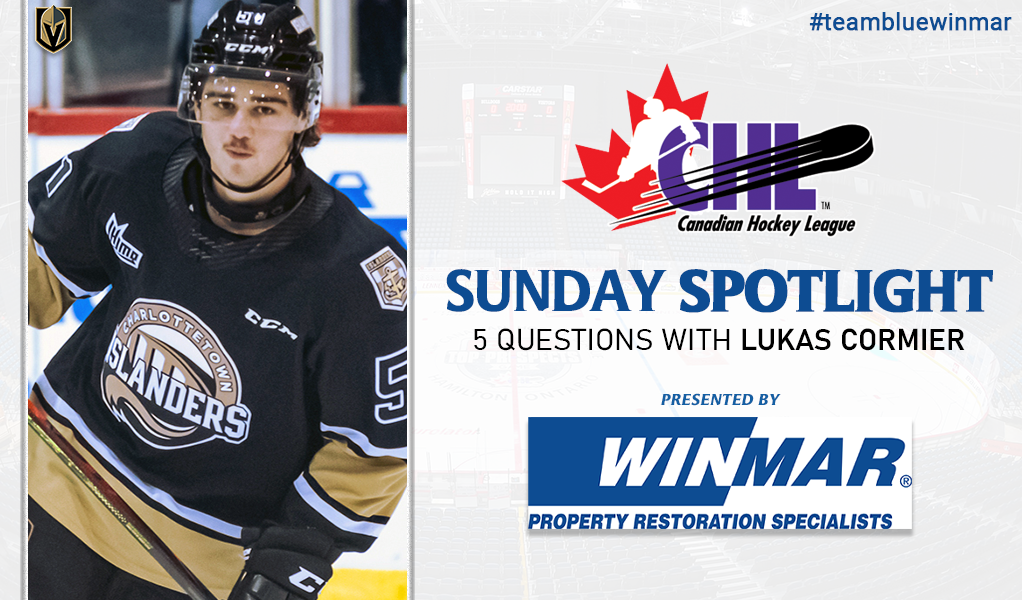 It was an unforgettable moment for Lukas Cormier.

Hearing his name called in the third round of the 2020 NHL Draft by the Vegas Golden Knights, a longtime dream became a reality for the budding blue-liner who has been strapping on the skates from an early age.

Debuting with the Charlottetown Islanders in 2018, Cormier has impressed as a gifted puck mover from the back end, wrapping up his first season with QMJHL All-Rookie Team honours and then following that up with near point-per-game production last year as he finished the shortened campaign with six goals and 30 assists through 44 appearances.

Cormier relived draft day, reflected on his play with the Islanders, and more in the latest edition of the CHL Sunday Spotlight presented by WINMAR:

What was your reaction to begin drafted by the Vegas Golden Knights?

It was an unbelievable day. It’s too bad it couldn’t be held in Montreal like it was supposed to but overall it was just a great day. When I heard my name called, it was a surreal feeling that I will never forget. The real work starts now so I have to keep working hard every day and doing the best I can to help the team win.

What are your goals for this season?

We have a pretty good team here this year in Charlottetown, right down to the goalies, so the goal is to win the President’s Cup and hopefully the Memorial Cup if there is one.

What is your best strength as a player?

I think my strengths are my hockey IQ and my skating. I take advantage of my skating to beat guys. I am an offensive player that can be efficient in both zones.

What area of your game are you focused on improving?

I think I need to work on my defensive game a little bit, have a better stick all around the ice, and to be a little stronger.

Which NHL player do you compare yourself to?