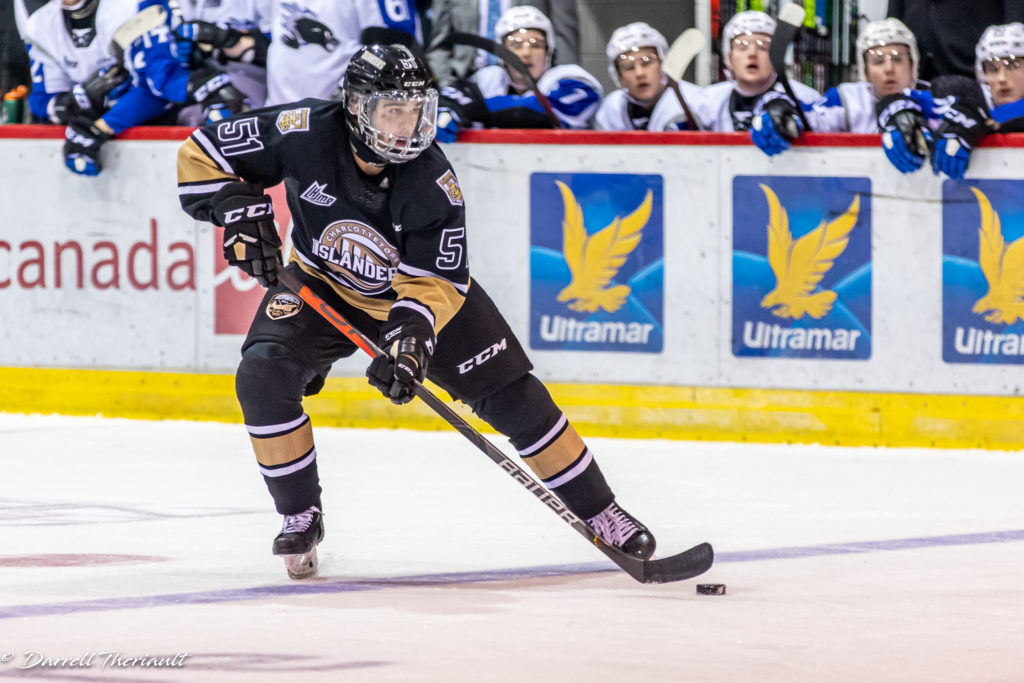 It was announced today that Charlottetown Islanders defenseman Lukas Cormier has been named to the 46-man selection camp roster set to take place in Red Deer, Alberta starting on November 13th, 2020.

Cormier has represented Canada on a number of occasions in the past, most recently at the 2019 Hlinka Gretzky Cup. The defender from Saint-Marie-de-Kent, New Brunswick took part in Team Canada’s Virtual Development Camp this past summer, a pre-cursor event to selection camp.

“It means a lot to be invited to selection camp and to get this opportunity,” said Cormier on his selection. “It’s always an honour to have the opportunity to compete for your country and I plan to take full advantage of it.”

Cormier was recently selected by the Vegas Golden Knights in the third round, 68th overall, in the 2020 NHL Draft. This season, the defender has recorded three goals and 11 points in just seven games this season, leading all QMJHL defensemen.

Cormier will join Islanders athletic therapist Kevin Elliott in Red Deer, who has been named a therapist to Team Canada. Elliott has worked with Hockey Canada on a number of occasions, with this appearance being his sixth with the Under-20 program.