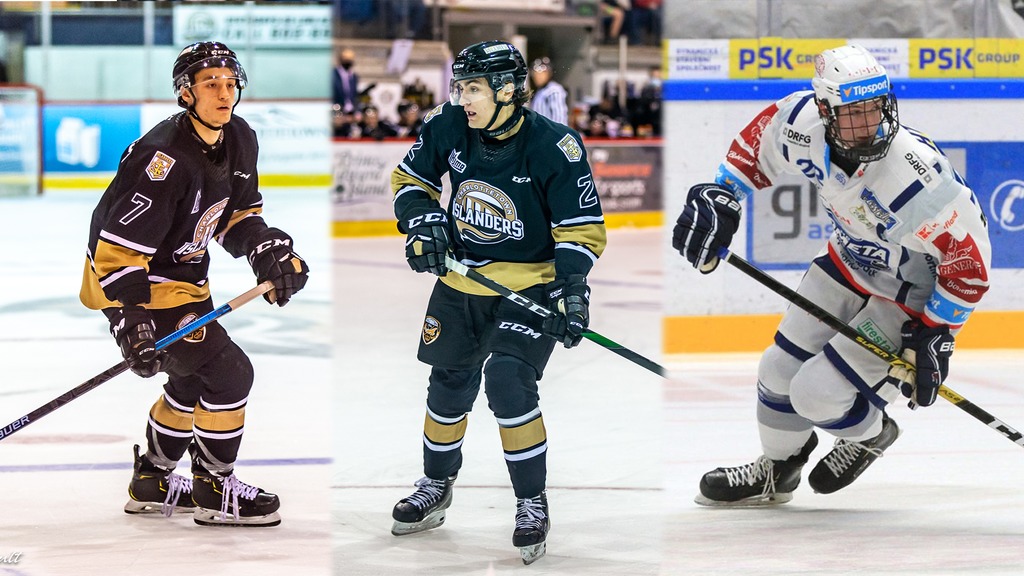 The 2020 NHL Entry Draft may have just ended, but NHL’s Central Scouting department has already begun preparations for the 2021 Entry Draft, releasing their preliminary list of players to watch for the draft.

A trio of Islanders players have been recognized among the ranked players; defenseman Oscar Plandowski has been designated a ‘B’ rating, signifying a potential 2nd/3rd round pick, while defenseman William Trudeau and forward Jakub Brabenec have been designated a ‘C’ rating, signifying a potential 4th/5th/6th round pick. The three players are among 31 QMJHL players recognized by NHL Central Scouting.

Plandowski has gotten off to a strong start to his 2020-2021 campaign. The 6’0, 190 pound defender from Halifax, Nova Scotia has picked up three assists in his first seven games on the season while ascending to a prominent role on the team’s first powerplay unit. The smooth-skating Plandowski is coming off a rookie season where he recorded 12 assists in 60 games. He was originally acquired from the Chicoutimi Sagueneens prior to the beginning of the 2019-2020 season.

Trudeau has been playing alongside Plandowski as the team’s second defensive pairing, and also has three assists in seven games. His +6 rating is tied for the best among all Islanders to begin the season. Last season, the 6’0 defender from Varennes, Quebec had a surprise breakout season, recording four goals and 15 points in 58 games. Trudeau was originally acquired by the Islanders as part of the Pierre-Olivier Joseph trade at the 2018 Christmas trading period.

Brabenec has yet to suit up as an Islander as the Czech Republic native awaits the ease of COVID-19 restrictions to arrive in Canada. The 6’0 forward suited up last season with Kometo Brno in the Czech Republic junior league, recording 34 points in 15 games at the U-17 level and 16 points in 19 games at the U-20 level. Brabenec was also one of just five 16-year-olds to appear in a Czech Extraliga game last season, recording a goal in two games with Kometo Brno. The Islanders selected Brabenec with their first pick, 35th overall, at the 2020 CHL Import Draft.

You’ll be able to see Plandowski and Trudeau in action this weekend as the Islanders face the Halifax Mooseheads at home on Friday night, October 30th at 7:00pm. Tune in to all the action on Fair Isle Ford Isles Radio on YouTube, or watch along at the Factory Downtown or Boston Pizza!