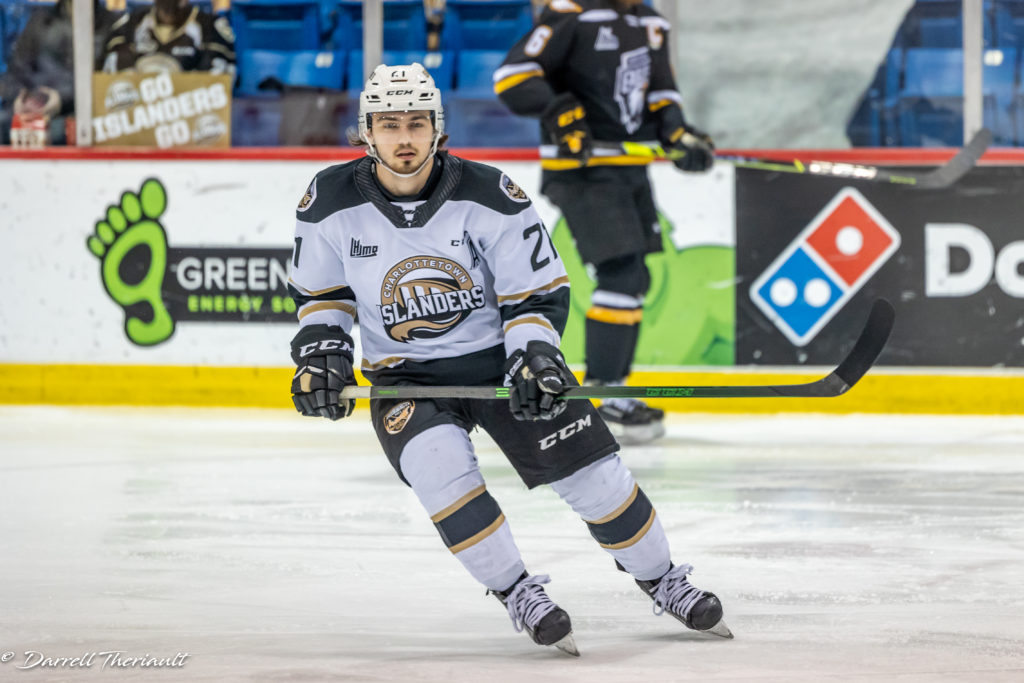 The Laval Rocket, the AHL affiliate of the Montreal Canadiens, announced on Friday that recent Charlottetown Islander graduate Cédric Desruisseaux has signed a one-year, two-way contract that begins at the 2021-2022 season.

Desruisseaux is coming off a career season with the Islanders, leading the QMJHL in goals (42) and points (78) in just 40 regular season games, to go along with nine points in eight postseason games. A product of Warwick, Quebec, Desruisseaux’s 42 goals represent a single-season high by any Charlottetown Islander, surpassing Daniel Sprong’s 39-goal campaign in 2014-2015.

Desruisseaux was originally acquired from the Drummondville Voltigeurs ahead of the 2019-2020 season. He collected 56 goals and 118 points in just 96 games in the Black and Harvest Gold.

Across 229 career regular season games between Charlottetown, Drummondville, and the Victoriaville Tigres, Desruisseaux has collected 100 goals and 201 points. Desruisseaux was originally selected by the Tigres in the first round, 17th overall, at the 2016 QMJHL Draft.

On behalf of the Charlottetown Islanders organization, we’d like to congratulate Cédric on this fantastic beginning to his professional career, and wish him all the best this coming season!