Ellis and Desruisseaux named QMJHL Players of the Month for April 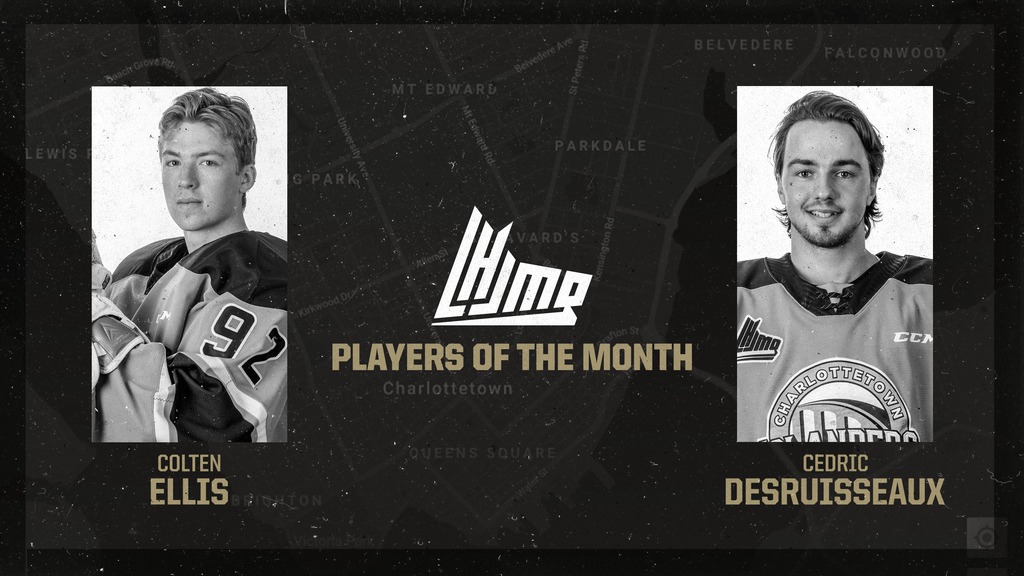 “What a year it has been for Cedric Desruisseaux. The overaged winger recorded multiple points on five occasions in April, including a four-point night against Cape Breton on the 11th. When the dust settled on the regular season, Desruisseaux had not only recorded points in 25 straight games – a new Islanders franchise record – he had been held off the scoresheet just once in 42 outings this campaign! His fantastic play was key to the Islanders’ march to first overall in the QMJHL in 2020-21.

Desruisseaux completes his final season in the “Q” by capturing the scoring title with 42 goals and 78 points. He also reached career milestones with 100 goals and 200 points in his final regular season game.” – QMJHL

Ellis, meanwhile, won all three of his starts this month with a .924 save percentage and 1.62 goals against average. Here’s what the league had to say about his month:

“Colten Ellis’ record-breaking season rolled along as the 2020-21 regular season came to its conclusion. After setting a new benchmark for career shutouts last month, the overaged netminder capped off the campaign by setting a new record for lowest GAA in a single season with a sterling 1.78 mark. His final three games of the campaign, all victories, saw him steer aside 61 of 66 shots for the regular season champions.

Ellis, who signed an entry-level contract with the St. Louis Blues earlier this year, finished the season with an unbelievable 23-1-0-0 record. His .925% save percentage represents the fourth-best mark all-time in league history.”

In addition to the recognizing of Ellis and Desruisseaux, the league also noted defenseman Lukas Cormier as an honourable mention for the league’s Defenseman of the Month. The Vegas Golden Knights prospect picked up nine assists and eleven points in eight games this month.

“It’s no surprise to see accolades once again bestowed upon Cormier. After recording points in seven of eight April contests, the 2020 Vegas Golden Knights draftee concluded the campaign with a three-assist performance against Halifax on the 17th. This also padded his lead in the league’s defensemen scoring race, where he finished with 54 points in 39 games.”