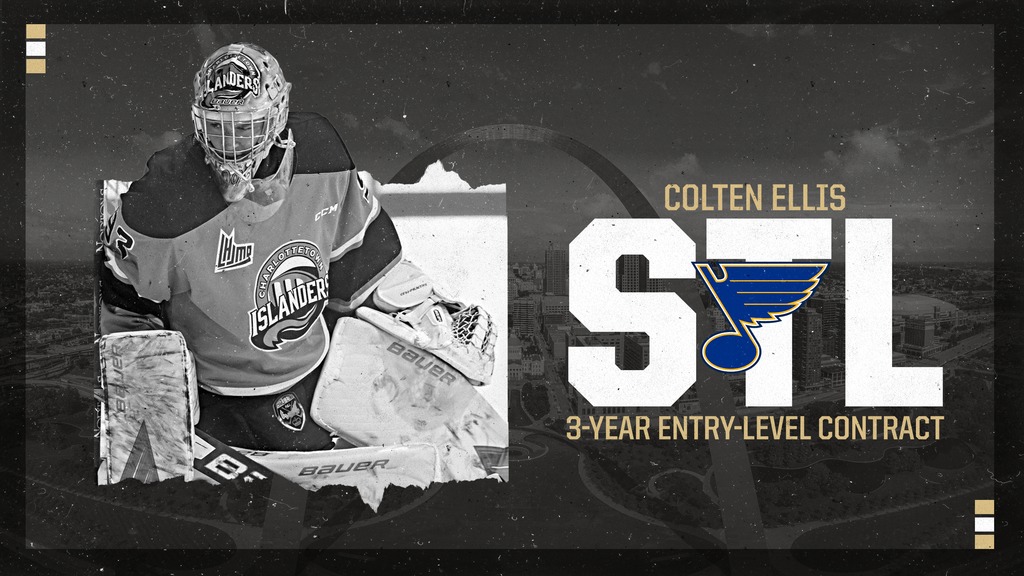 The St. Louis Blues announced today that they have signed Charlottetown Islanders goaltender Colten Ellis to a three-year entry level contract that will begin with the 2021-22 season.

Ellis, 20, was originally drafted by the Blues in the third round (93rd overall) of the 2019 NHL Draft. He was selected in the same draft as former Islander Nikita Alexandrov.

This season, Ellis has played in 17 games thus far, recording a 16-1-0 record and leading the league in wins. His 1.89 goals-against average ranks second and his .922 save-percentage ranks third, while he also has recorded five shutouts.

The 6-foot-1, 187-pound goaltender has split the past four seasons with the Islanders and Rimouski Oceanic, posting a 96-31-11 record with a career 2.35 goals-against average and a .911 save-percentage in 146 career games. He was originally selected by the Cape Breton Eagles in the 2016 QMJHL Draft.

In 2017-18, Ellis was named to the QMJHL All-Rookie team and the Second All-Star team.

From the entire Charlottetown Islanders organization, we’d like to congratulate Colten on his new contract!