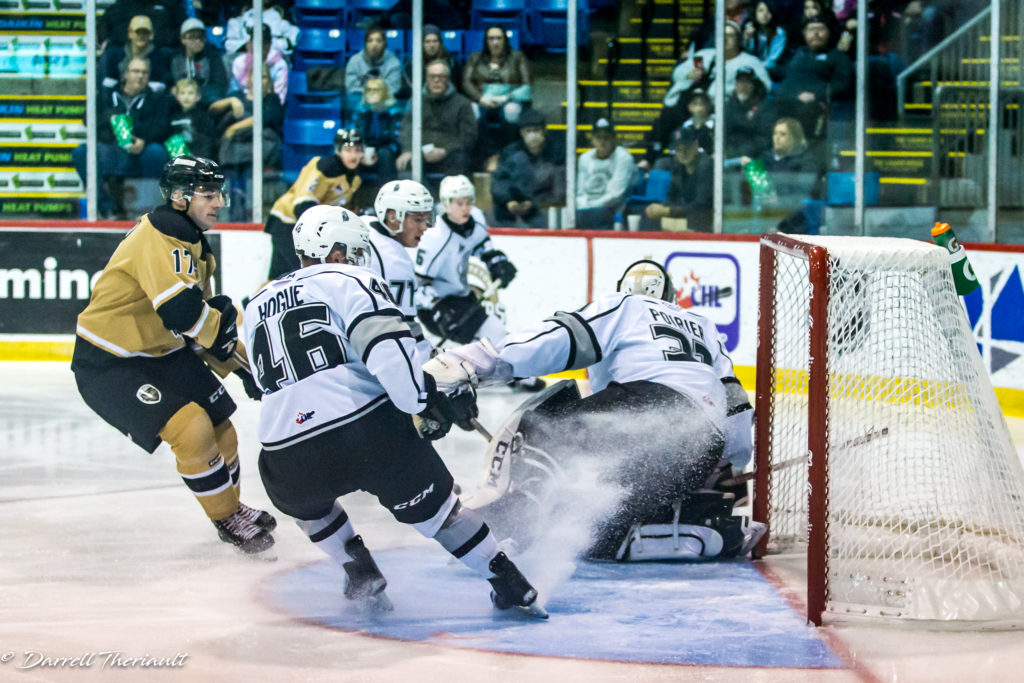 The Charlottetown Islanders start their final Quebec road trip of the 2019-2020 season tonight; they begin with a visit to Gatineau to take on the Olympiques.

The Islanders (27-22-5-0) have come back to life at a crucial point in the season. Comfortably sitting fifth overall in the Eastern Conference, Charlottetown has an eight-point lead over the sixth place Saint John Sea Dogs. They’ve been able to hold their position as the offense has come to life, having scored 12 goals in their past three games en route to securing 4 of 6 points last week.

The Isles are coming off back-to-back home games that saw them take a dominant 6-1 victory over the Victoriaville Tigres before turning in one of their best performances of the season, taking the league-leading Sherbrooke Phoenix to their limits in a 5-3 loss.

This will be the first time that Chris McQuaid will face his former team. The Charlottetown native played parts of three seasons with the Olympiques before being traded to the Islanders this past Christmas trading period. Anthony Hamel, meanwhile, will suit up for the first time in his hometown. The rookie defender was the captain of the Gatineau l’Intrepides major midget squad just last season.

The Olympiques (19-30-4-0) meanwhile have been one of the streakiest teams in the league this season. Currently on a three-game losing streak immediately following a three-game winning streak, Gatineau is currently fighting with the Halifax Mooseheads for the final playoff spot, just two points ahead of the Mooseheads, although Halifax has three games in hand. Gatineau will look to replicate the success they had against the Islanders earlier this season, having defeated Charlottetown 4-0 back on Remembrance Day.

Despite being low in the standings, the Olympiques are not void of offensive talent. They boast a number of key, young players including Newfoundlander Zach Dean and Pier-Olivier Roy. The duo form the nucleus of a youth movement in Gatineau; Dean’s 33 points in 46 games are good for fifth among all 16-year-old forwards.

Due to a local Rogers broadcast, there will be no Fair Isle Ford Isles Radio broadcast. Keep it locked to our Twitter page, https://twitter.com/IslandersHKY, for all the updates throughout the game!