From one island to another; Isles battle Eagles in Cape Breton 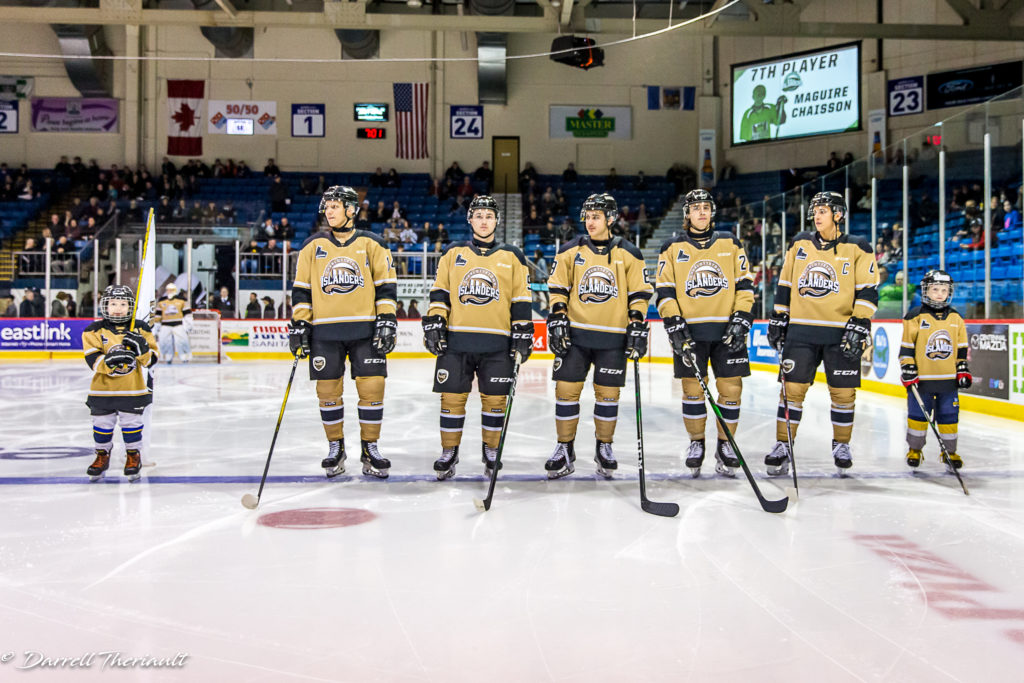 The Charlottetown Islanders have landed in Cape Breton and will take on the Eagles tonight, searching for a way to reverse their fortunes as of late.

The Islanders (11-5-3-0) have lost four of their last six games, including a 6-3 loss to the Drummondville Voltigeurs this past Thursday night. The Isles held the lead going in to the third, however a large five-goal period from the Voltigeurs quickly extinguished that flame.

Despite the loss, Nikita Alexandrov and Xavier Fortin continued their strong play on the score sheet. Alexandrov recorded two more goals, pulling him in to a tie for fourth overall in the QMJHL with 14, while Fortin added a third-period goal, his sixth point over the past seven games.

Injuries have played a large role in Charlottetown’s fortunes as of late. Lukas Cormier, Thomas Casey, and Xavier Bernard remain out of the Isles lineup tonight. Oscar Plandowski and Jacob Goobie also remain with Hockey Canada at the World Under-17 Hockey Challenge in Medicine Hat and Swift Current.

Meanwhile at the opposite end of the rink, the Eagles (12-5-1-0) are tied with the Islanders and Rimouski Oceanic for third overall in the Eastern Conference standings, although they hold a game in hand over their opponents. They too are looking to find their way back to the win column, having lost two straight games to the Moncton Wildcats last weekend.

Not impervious to injuries themselves, the Eagles are without two of their top players; goaltender Kevin Mandolese went down with injury in a 10-4 loss to the Wildcats on Halloween night, while St. Louis Blues prospect Mathias Lafferiere has been injured since the first game of the season. While there’s no defined timeline for his return, the Eagles are hopeful he may return to action some time this weekend.

Egor Sokolov and Ryan Francis have been lights out for the Eagles this season, both sitting near the top of the points race. Sokolov has recorded points in seven straight games, with five of those games being multi-point games. He’s returning to action following a very successful stint with Team Russia at the CIBC Canada-Russia Series, recording a goal and an assist over the two games. Francis, meanwhile, has been a revelation for the Eagles. After a sophomore season that saw him record just ten goals, Francis has stormed out of the gate, already matching the 32 points he recorded last season. The Beaver Bank, Nova Scotia native has recorded at least three points in a game an astonishing seven times already this season.

All of tonight’s action can be heard live across the airwaves with George Matthews and Cory Arsenault on Fair Isle Ford Isles Radio. Click HERE to listen to the call starting with a game preview at 6:45pm tonight!