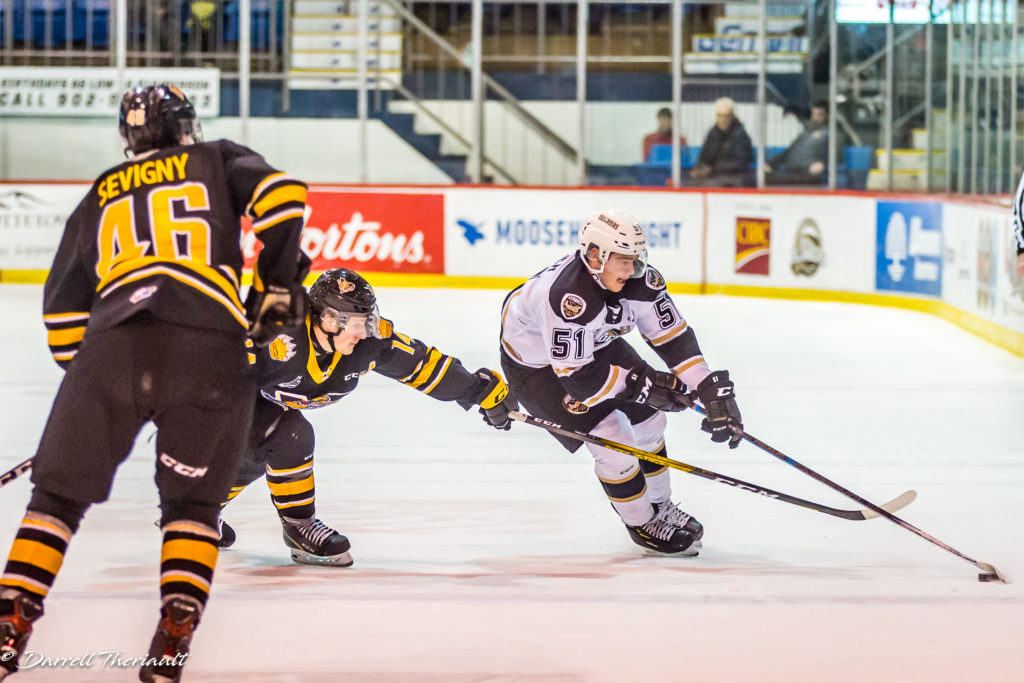 Isles faithful, it’s time to get excited. I mean really excited! Because folks, the Eastlink Centre doors are finally opening back up for Charlottetown Islanders hockey. After exactly two months since our last home game, the Islanders get their 2022 home debut tonight at 7:30 when the Victoriaville Tigres come to our barn for a battle. This is an Islanders team you don’t want to miss getting to see first hand as they are dominant and truly playing some incredible hockey. I know we’ve all been missing hockey a great deal and I can tell you that the boys have missed their home ice. Let’s get loud for this homestand and welcome hockey back to the Eastlink Centre with some smiles underneath those masks.

The defending Presidents Cup champions have been struggling a bit this year. Sitting with a record below .500 and only five points ahead of the teams out of a playoff spot, the Tigres aren’t looking like the squad that’ll go back-to-back. Their record took another hit last night after a 7-1 stomping at the hands of the Acadie-Bathurst Titan put them at 14-16-3-2. Victoriaville only has three players who have broken the twenty-point threshold this season and just two in the thirty-point range. Leading the way for the Tigres has been Victoriaville native Maxime Pellerin. Pellerin is in the middle of a career campaign with his hometown team netting seventeen goals and dishing out twenty assists. Number 23 has been a bright light on an otherwise declawed Tigres squad this season and is your player to watch tonight for Victoriaville.

The Islanders are now 4-0 in 2022 and are on an eight-game win streak if you go all the way back to 2021. Through 35 games this season, the Isles hold a record of 26-7-2-0 giving them 54 points which are good enough for a three-point lead over the second-place Shawinigan Cataractes. Tonight’s game will most likely have a bit of revenge on some of the Islanders minds as well as the Tigres were the team that eliminated the Isles from the playoffs last year. Tonight’s player spotlight I’m going to put on Dawson Stairs. Stairs, recorded his first goal in the black and harvest gold last game against the Titan when he showed off his silky mitts on a breakaway and beat Bednar with a nice backhander. Dawson came over from the Eagles during the trading window and has ten goals and 28 total points this year. 25 has a strong physical presence in the lineup but also possesses the scoring touch to impact a game, Stairs is your guy to keep an eye on tonight.

It’ll be interesting to see which netminder will get the call to guard the crease tonight as Lappena started three of the four road games. Lappena was lights out in the first two bouts and made some stellar saves against the Titan to keep his team in it. Satny has also provided strong numbers throughout his rookie season and deserves to keep his name in the mix. Hulton has a good problem on his hands with two strong tendys’ looking for time between the pipes.

Once again, the puck drops at 7:30 pm tonight with doors opening at 6:30. For those unable to attend the game, you can follow along with live play-by-play on Q93 FM or Q93.rocks with the voices of Islanders hockey George Matthews and Cory Arsenault.