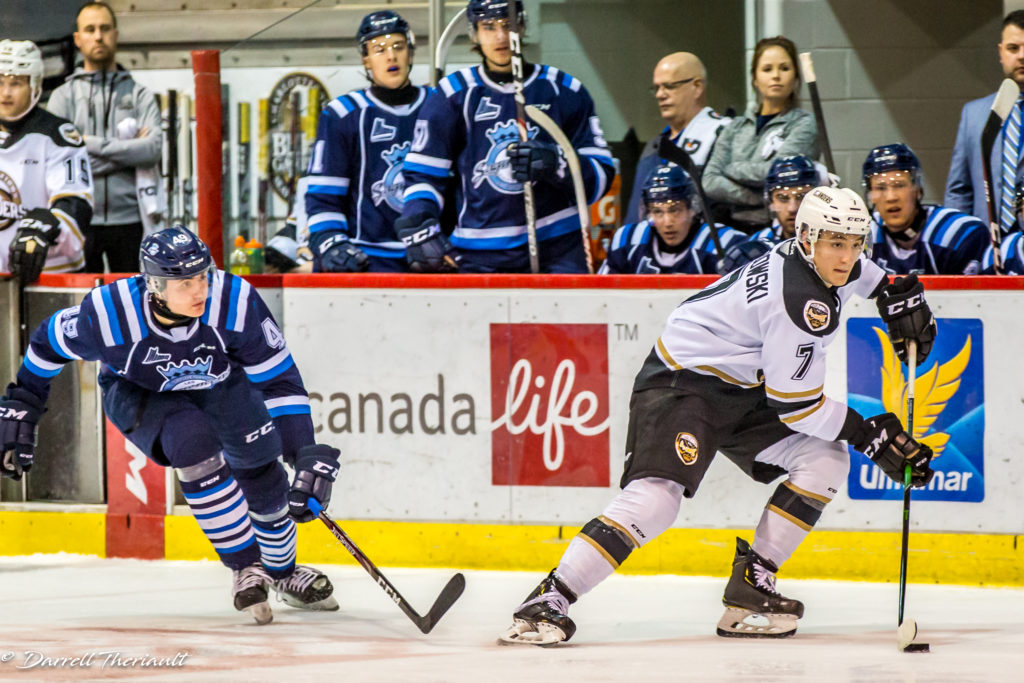 The start to the 2022 side of the campaign got off to a fantastic start for the Islanders yesterday as they added onto their league-leading status with a 4-1 win over the Drakkar. Now with a record of 23-7-2-0, the new-looking Isles squad will continue its Quebec road trip today when they clash with the Sagueneens at 5 pm. Today will be the first meeting between these two squads this season. After going a month and a half with no hockey, I’m sure the Isles including their fans will be glad to get three games in four days to get back into the groove of things.

Chicoutimi has faired a bit better than the Isles opponents from last night sitting eleventh in the standings with a record of 14-12-1-4. The Sagueneens also made their 2022 debut yesterday when they took on the Halifax Mooseheads yesterday at home losing in overtime 3-2. Leading Chicoutimi this season has been 2020 Import Draftee Matej Kaslik. Kaslik has delivered career-highs in all three major scoring categories this season potting sixteen goals as well as thirteen assists. An impressive season for the 2002 born Slovakia native. With a minus eleven goal differential on the year, the Sagueneens will look to get closer to even and prove their worth when the Isles enter the Centre Georges-Vezina.

Team gain wasn’t the only thing buzzing after yesterday’s big win as there were multiple spotlights being shown onto the Isles roster. Lukas Cormier netted his first hat-trick of the season with his fourteenth, fifteenth, and sixteenth goals on the campaign. Xavier Simoneau dazzled with a spectacular dangle in tight for his fourteenth gino of the year. Finally, Francesco Lappena notched his first W in the black and harvest gold uniform stopping 14 of 15 shots faced. Charlottetown will now look to improve to 2-0 in 2022 and build up some momentum moving forward and get back to their top-of-the-table form. As well the new Isles additions will look to keep settling in with their new teammates and get their first points as protectors of the bridge.

Once again, puck drop is scheduled for 5 pm this evening in Chicoutimi and you can listen live on Q93 FM or Q93.rocks! George Matthews and Cory Arsenault will bring you the call.