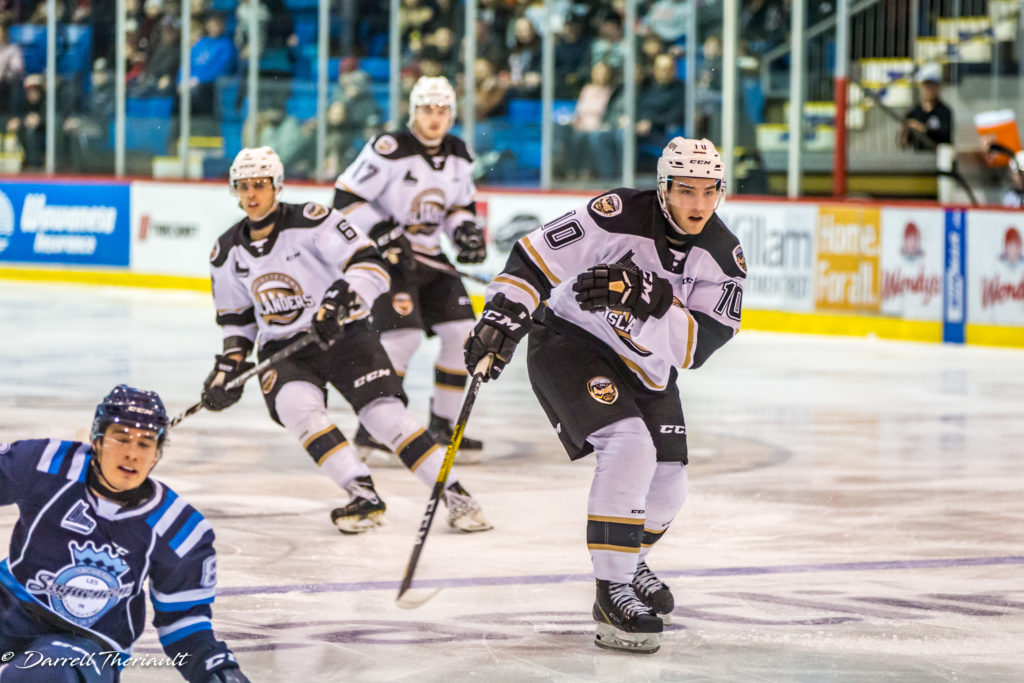 Despite the none flattering record over the past three games, the Islanders are still playing some great hockey. You also have to account for the fact that their top two centers are out with injury as well as one of the wingers who was on their top line. Charlottetown has dropped the past two games at a score of 2-1 to two teams who weren’t nearly missing the star power the Isles were. The games have been close and the roster has stepped up big while missing their more experienced guys, it’s been playoff-caliber hockey. Also, when you look at the league overall, the Maritime division is the toughest one competition whys, so when you’re lineup is depleted and you’re still playing competitive hockey you’re trending the right way. Now, the Isles catch a break from their Maritime foes this afternoon when the Chicoutimi Sagueneens come to the Eastlink Centre for some Matinee action!

The season series between the Isles and Sagueneens is at 1-0 for the Islanders. Charlottetown beat Chicoutimi 8-1 in their lone meeting so far on February 6th, the second game back in the return to play.

Chicoutimi sits exactly at .500 in regulation play this season with their overall record being 20-20-1-4. The Sagueneens have accumulated 45 points on the campaign which has them sitting in 12th place overall in the QMJHL. Leading the charge for this middle-of-the-pack squad has been 2020 Slovakian import Matej Kaslik. Kaslik is averaging just under a point per game with 39 points in 43 games, which has him appearing in all but two bouts this season. Matej has improved quite a bit since his rookie campaign, he’s potted 22 so far this year after netting 5 in 14 games during his inaugural campaign. Chicoutimi is coming off a 5-3 win over the Mooseheads last night and if they want to leave the Maritimes on a high note, they’ll need their top scorer to take them there.

The losing streak may be up to three games now but they have collected points in two of the three as they’ve dropped them in overtime. The last two games especially have been excellent hockey to watch and it’s easy to see how dangerous this team truly will be when fully healthy. Charlottetown is now tied in the standings with the Phoenix for 3rd overall at 65 points, they now hold a record of 30-9-5-0. Your Islanders player to watch this afternoon when they return to home ice is Lukas Cormier. Charlottetown’s lethal blueliner has been held off the score sheet the past two games and you can bet that’s not something he’ll be happy about. He’s three points away from his career-high 54 point season last year and will be determined to close in on it this afternoon in hopes of leading his team back into the win column. In 39 games this season he has a career-best 21 goals and 30 assists to go along with that. The Isles number 51 is a jersey to look out for this afternoon at 3 pm when the puck drops.

Injury/Roster Update: Zachary Roy, Xavier Simoneau, and Jakub Brabenec will all remain out for the weekend finale. Oliver Satny will presumably get the go this afternoon between the pipes after Franky Lappena has played lights out in back-to-back nights and will most likely be given some rest.

Once again, puck drop is scheduled for 3 pm. Tickets are available at the Eastlink Centre Box Office in person (Monday to Friday 11 am to 5 pm) as well as before game time, online, or by phone at 902.629.6625. Make sure to get your tickets early and come on out to help your boys in black, white, and harvest gold protect the bridge.