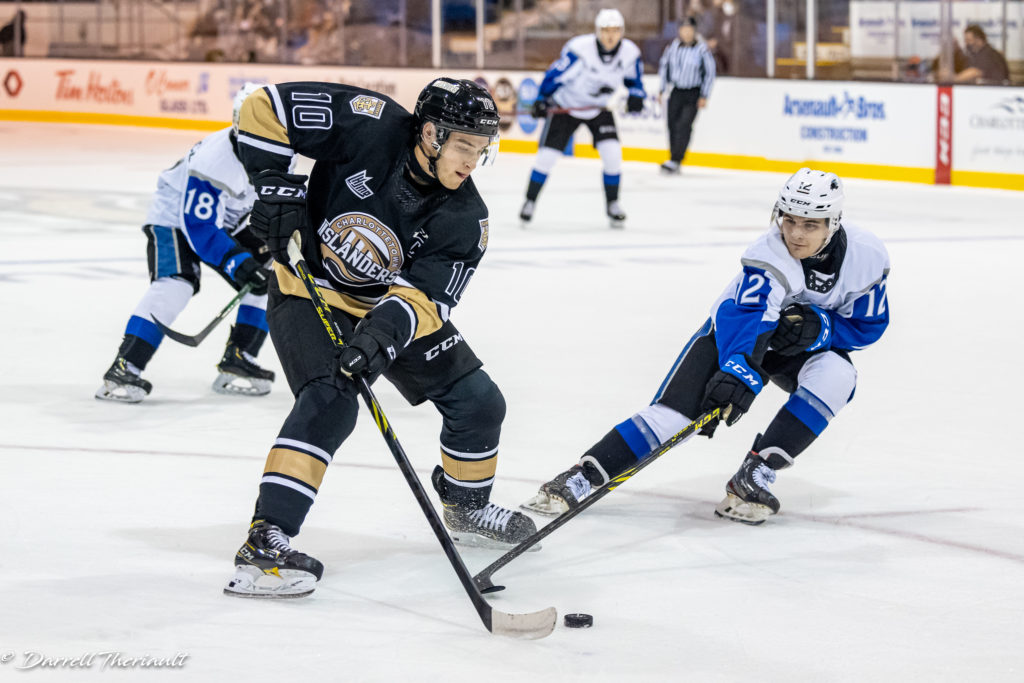 After taking both games during opening weekend, the Islanders are off to a confident start against Maritime Division rival the Saint John Sea Dogs. The Islanders were dominant in the first two meetings, outscoring the Sea Dogs 9-4. The 2022 Memorial Cup hosts are still eager to crack the win column on the young season while the Islanders look to bounce back from their first loss and return to their winning ways. We are in store for some fun holiday action.

The Islanders fell for the first time this year on Saturday night to the Halifax Mooseheads. Brady James recorded his first career shutout in the QMJHL en route to a 2-0 Mooseheads victory at the Scotiabank Centre. The game was tight all throughout but a reversed call on a Lukas Cormier goal helped swing momentum in the Mooseheads favor. Now, the Islanders look to get back on the goal train and keep a hot start for their offense rolling.

Still without their first victory of the year, the Sea Dogs are more eager than ever to finally get a W into their record. Last time out it was a loss to the Acadie-Bathurst Titan via shootout. Now, the Sea Dogs look to strike back at their Maritime foe after being dropped by the Isles in both the Sea Dogs home opener and the Isles home opener. The 2022 Memorial Cup hosts are hungry to prove that they will be tough competition come tournament time.

Names to watch for the Islanders in this one are Budgell and Cormier. Brett Budgell is off to a lightning-quick start to the 2021-22 campaign recording 6 points in 4 games, four of those points being recorded against the Sea Dogs. Now, after being held at bay on Saturday night, Budgell will be hungry to get back onto the score sheet. Lukas Cormier was stripped of his second goal of the season on a review which declared Xavier Simoneau offside by a matter of centimeters. Cormier will be vying for puck possession in this one to lead the Isles offense on the back end and officially record his second goal on the early campaign.

Noah Laaouan and Ben Boyd have also played a big role in setting the tone for the Isles thus far. The two have shown they’re not afraid to use the body and get physical on the ice giving opponents notice they’ll be on the hunt for big hits. 6 and 15 will be numbers to keep an eye on for some commotion throughout this bout.

More tickets have been released for this contest over the weekend so go get yours and come out to support the boys for some Thanksgiving Monday matinee action. Single-game tickets are available at the Eastlink Centre Box Office in person (Monday to Friday 11 am to 5 pm), online, or by phone at 902.629.6625.

Puck drop is set for 3 pm this afternoon at the Eastlink Centre, doors will be open at 2 pm.