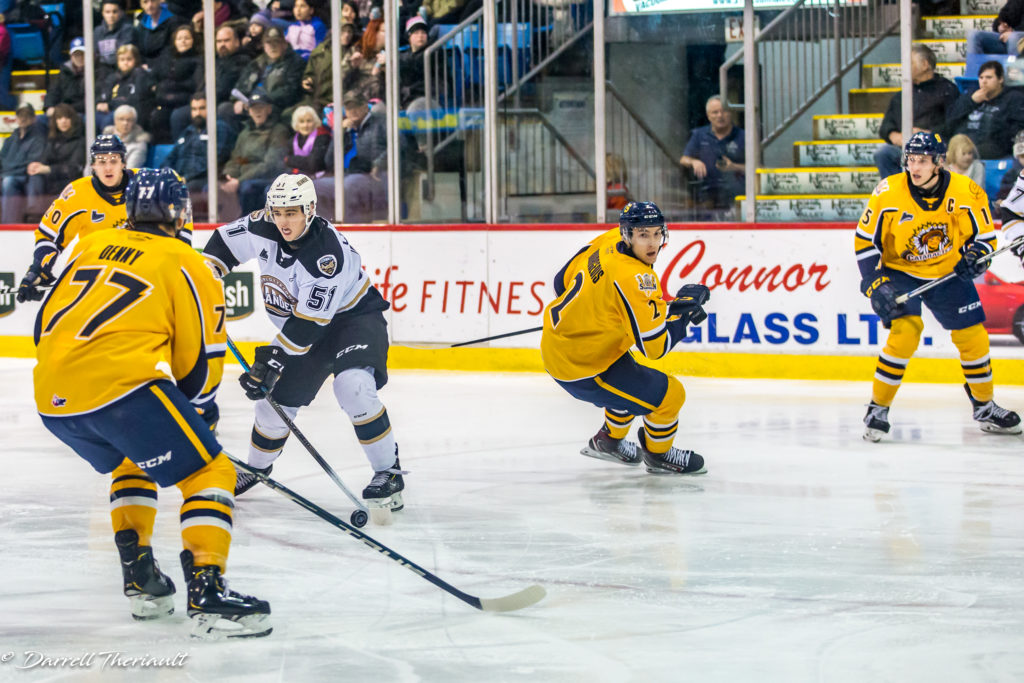 After starting the season firing on all cylinders, the Isles have hit a bit of a snag over the last two outings. After being shut out by Halifax, then being held to one goal against Saint John, the offense needs to get that spark back. The Islanders get the chance to reignite the fire tonight when the Shawinigan Cataractes enter the Eastlink Centre for some Saturday night action.

Shawinigan’s visit to the Island has a bit more significance to it than previous Isles home games this season, possibly some in the future as well. Tonight’s game against the Cataractes will be the first time we have welcomed a QMJHL team from Quebec to the Eastlink Centre since COVID-19 shut down the league back in March of 2020. The last team from Quebec that Islanders fans got to see was the Sherbrooke Phœnix when they played in Charlottetown on February 8th of 2020.

Islanders forward Michael Horth had a big Thanksgiving Monday despite his team’s loss to the Sea Dogs. Horth, who turns 18 today, scored his first QMJHL goal Sunday afternoon late in the 3rd period standing as the lone goal in the game for the Isles.

Xavier Simoneau had a rough Thanksgiving on the other hand when he had a few scary moments against the Sea Dogs that eventually caused him to leave the game. Simoneau is considered unlikely to be in the line-up this weekend. Rookie Matis Ouellet has been progressing nicely and is considered probable for the weekend.

The Cataractes are 2-1-0-2 on the young season with the most previous game being a 3-2 win against Cape Breton. Shawinigan is headlined by NHL first-round picks Mavrik Bourque and Xavier Bourgault. Bourque who made his debut as captain of the Cataractes last game against the Eagles recorded an assist, while Bourgault has recorded 6 points in 4 games.

Another Islanders performance that can’t go unnoticed is from third-year Isles goaltender Jacob Goobie. Goobie, who has started 4 of the 5 games thus far, has recorded a .927 SV% and a 2.01 GAA to go along with a 2-2-0 record. You can get an in-depth look at Jacob Goobie and his QMJHL career by going to https://bit.ly/3j6zJPS, a story on Goobie located within the Islanders website.

Jim Hulton will be looking to shake up the game plan tonight as he looks to get some life back into the Islanders offense. The Isles will be looking for fans to come out and get loud as we look to get back in the win column as well as welcoming a Quebec-based team back to the Island for the first time since 2020.

Puck drop is set for 7 pm this evening, doors open at 6 pm.

For tonight’s game versus Shawinigan, fans can go online and use promo code GOOBIE to save 35% on tickets. Tickets are also available at the Eastlink Centre Box Office in person (Monday to Friday 11 am to 5 pm), online, or by phone at 902.629.6625.