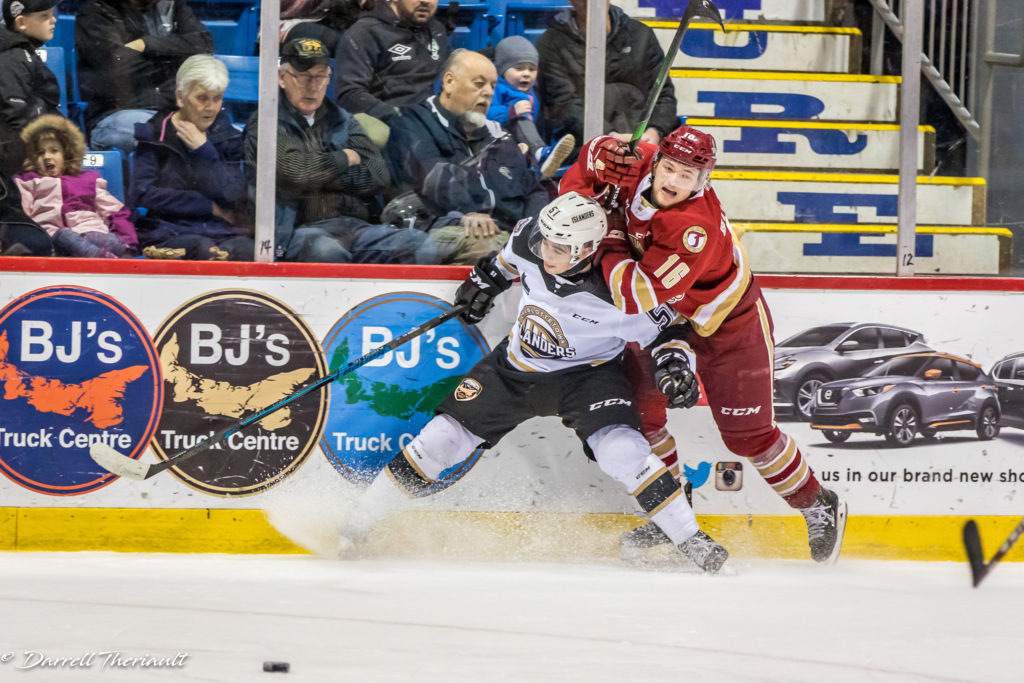 The Islanders rocky slide continued Saturday night when the Shawinigan Cataractes came to the Eastlink Centre and dominated for 60 minutes. Mavrik Bourque and Xavier Bourgault let their star talent show as each tallied 3 points on the night. Oliver Satny had a rough go of it in the crease allowing 4 goals on 27 shots, however, the blame cannot land all on Satny as his defense left players open on multiple goals. The offense also didn’t help Satny out a whole lot as they were shut out by Shawinigan netminder Antoine Coulombe.

The Islanders’ offense has been held to just one goal over the last 180 minutes of play and has been shut out twice. Jim Hulton mentioned earlier in the week that with the injury to Xavier Simoneau and the Isles lack of production that there would be a shake-up coming to the line-up to try and reignite the spark. Hulton will have a bus ride to Acadie-Bathurst this morning filled with questions on how to get the ball rolling again and help his offense find the back of the net.

The Titan on the other hand started their season off on a 5-0 start before running into their first roadblock last night in Moncton. A young and rebuilding Wildcats team was able to take the Titan all the way to a shootout where they eventually handed Acadie-Bathurst their first loss. The Titan remain undefeated in regulation play but a hard first loss to a developing Cats’ roster will have left them with a bitter taste in their mouths.

With the Isles skid now pushing to three games and the Titan being handed their first loss on the season both will be eager to find their way back into the win column. With Simoneau remaining out and Ouellet hopeful to play the Isles are still looking for the guy to bring them over the hump.

You can expect another toss around with the line-up this afternoon as Hulton’s patience will be running thin with his team’s lack of creativity and production. The club is struggling to play exciting hockey at the moment and you can bet on the Isles being more than just eager to break this early drought and start finding the back of the net again.

Puck drop is set for 3 pm at the K.C Irving Regional Centre.