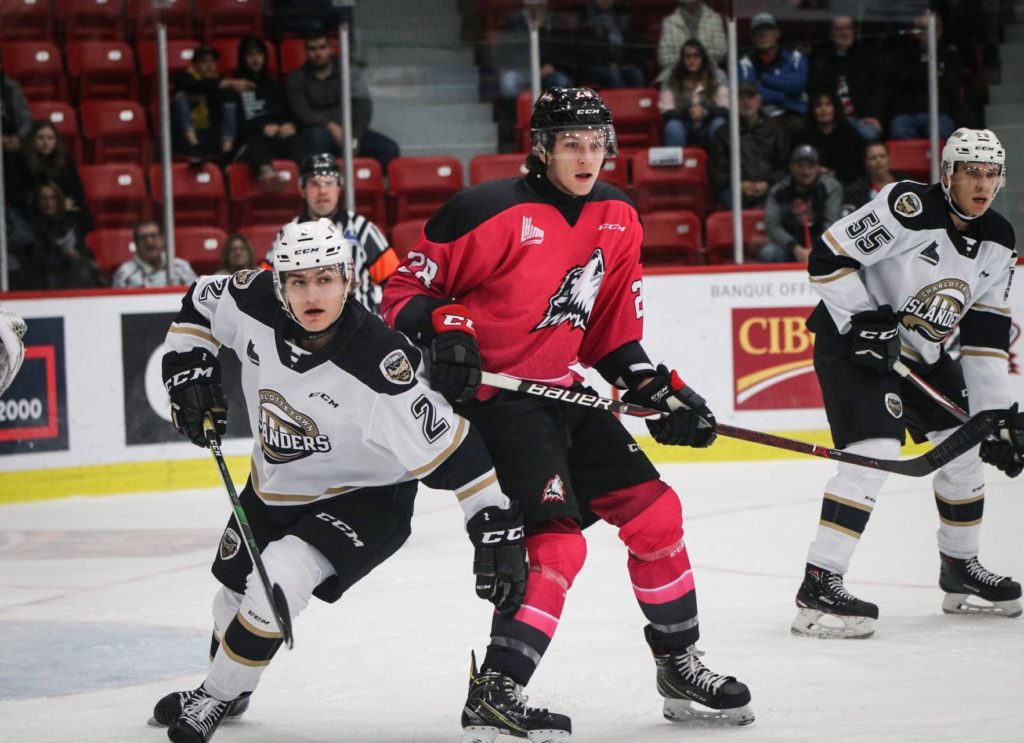 Confidence has re-entered the Charlottetown Islanders line-up. After struggling to find that energy they came out of the gate so hot with, the Isles snapped their 4-game drought claiming a statement victory in Cape Breton. After only accumulating four goals over the course of the same amount of games, including being shut out twice, the Isles opened the floodgates to the tone of seven goals at the Centre 200. Now, the boys in black and harvest gold turn their sights to another Quebec-based foe that hasn’t seen Eastlink Centre ice in over two years, the Rouyn-Noranda Huskies.

The last time a Huskies squad was on Prince Edward Island was October 11th, 2019 when the Islanders commanded the game to a 5-0 victory. The Huskies have been struggling to start the 2021-22 campaign posting a 3-4-0-1 record and just snapped a 5-game losing streak. Last night the Huskies faced the Acadie-Bathurst Titan and managed to shut them out 3-0. The first time this year any team managed to shut out the Titan. The Huskies are currently led in scoring by 20-year-old defenseman Samuel Regis, Regis has four points in eight games this season.

The Islanders had a scoring race change after the bout against Cape Breton. Noah Laaouan added two assists and now sits atop the list with ten points on the young campaign. Laaouan has one goal and nine assists thus far. Laaouan passes Xavier Simoneau for top spot as Simoneau has been out of the line-up the last three games with injury, Xavier has eight points. Patrick Guay also had a big night in the nest recording his third and fourth goals this season, including an early goal of the year candidate. Guay was thrown into a spin-o-rama and before falling to the ice managed to throw the puck on and into the net.

The Isles receive an extra boost of confidence and strength going into tonight’s bout as well when Brett Budgell and Xavier Simoneau return to the line-up. Simoneau as mentioned above has been out the past three games with an upper-body injury. Budgell, who was out day-to-day, also draws his way back into the line-up for the start of a busy weekend schedule. Both the Isles captain and Simoneau have been integral parts of this team’s offense and will be a welcomed sight for fans this evening.

Rookie forward Jarrett Todd is out of the line-up for the weekend however after sustaining a minor upper-body injury in Cape Breton.

Jim Hulton plans to keep switching up the starting role as Oliver Satny will take the crease tonight, while Goobie will get the nod tomorrow.

Islanders fans can use the code JOHNSTON and receive 48% off when purchasing tickets to tonight’s game online. Tickets are available at the Eastlink Centre Box Office in person (Monday to Friday 11 am to 5 pm), online, or by phone at 902.629.6625.

Puck drop is set for 7 pm this evening with doors opening to the public at 6 pm.