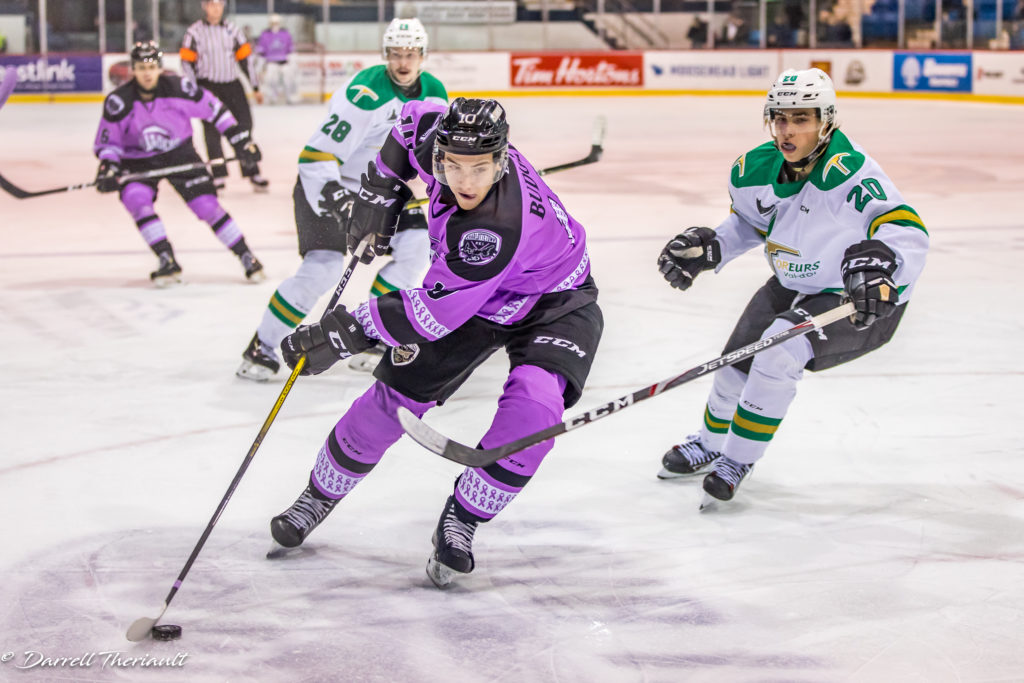 After only being able to find the back of the net 4 times in the same amount of games while on a four-game skid, the Islanders have now scored 14 goals in two games. Wednesday night the Isles took down the Eagles in Cape Breton 7-2, then last night they put a stomping on the Huskies with a final tally of 7-1. To say this team has got its groove back is an understatement. Charlottetown’s chemistry couldn’t have picked a better time to come back as it’s family weekend on the Island and all the boys want to send their loved ones home with some good memories.

Patrick Guay is on a tear right now recording four goals in his last two games. He’s beginning to settle into the season and display the elite offensive ability that the Islanders saw in him when they made the trade to acquire Guay. Lukas Cormier as well had a multi-goal game last night as he’s also starting to have a hot stick on the blue line. The Islanders are now plus 11 in the last two bouts rolling into Sunday’s matinee game against the Foreurs.

Today’s game will mark the first time Val-d’Or has crossed the bridge since November 29th, 2019. The Foreurs will be the third Quebec-based team to enter the Eastlink Centre this year. Val-d’Or comes to town today to finish up their Maritime weekend tour playing their third game in as many days. They were defeated Friday night in Cape Breton 2-0 but bounced back nicely taking down the Mooseheads 5-2 last night. The Foreurs now sit with a 5-2-1-0 record on the year.

With the Islanders looking to build upon a two-game win streak which they completed in dominant fashion, and the Foreurs hopeful to finish their Maritime circuit on a positive note, this afternoon’s action is set for a wild matinee bout.

Xavier Simoneau is a player for fans to keep an eye on as he looks to build upon his strong performance from last night after delivering one goal in his return. Jacob Goobie will be in the net today as well as he looks to follow up on his goaltending partners’ solid outing. Oliver Satny recorded 11 saves on 12 shots against Rouyn-Noranda.

Puck drop is set for 3 pm this afternoon with gates opening at 2 pm. Islanders fans are encouraged to come help the boys protect the bridge, tickets are available at the Eastlink Centre Box Office in person (Monday to Friday 11 am to 5 pm), online, or by phone at 902.629.6625.