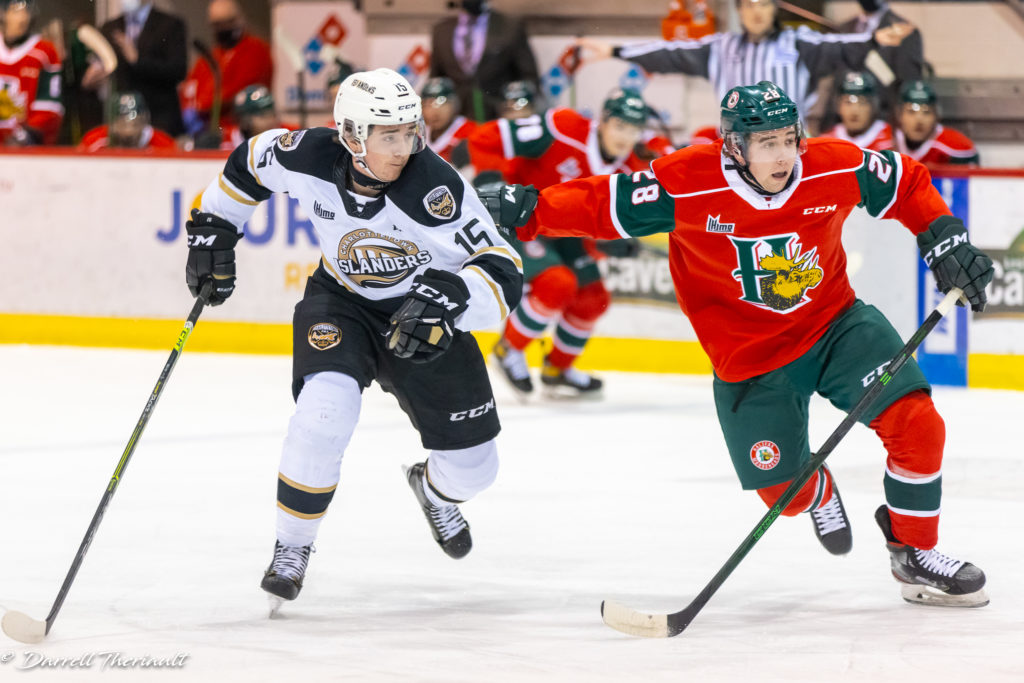 It’s become reminiscent of a long playoff series, but the Charlottetown Islanders and Halifax Mooseheads meet once again at the Eastlink Centre for some Friday night hockey action.

The Islanders (18-4-0-0) exploded offensively Wednesday on the backs of career performances from Thomas Casey and Cedric Desruisseaux. Casey had a five point effort while Desruisseaux picked up a hat trick along with an extra assist en route to a 7-0 victory over Halifax. Colten Ellis continued his incredible campaign with his fifth shutout of the season and fourth against the Mooseheads this season. He now sits first in the QMJHL in all major statistical categories – save percentage (.927), goals against average (1.80), wins (14) and shutouts (5)

Meanwhile, Halifax will get a little relief tonight when they hit the ice. The Mooseheads (8-12-2-3) will get Justin Barron back in the lineup after he returns from a two-game suspension. The Colorado Avalanche first-round pick will be a sight for sore eyes on a depleted back-end that was missing Cameron Whynot Wednesday night. The team didn’t escape injury, however, as Brendan Tomilson suffered an injury Wednesday night and joins the infirmary with the rest of his teammates.

Affiliate players Alex Carr and Adam Tkacz remain with the team as the injuries continue to pile up. Carr played last game while Tkacz will continue to back up Alexis Gravel, who gets the start once again tonight.

“You now know your systems inside out against your opponent and they know yours. It comes down now to who wants it more,” said Casey on the keys to success tonight. “I think we’re really going to focus on that this weekend, like we have been for the past week. We have to bring our compete level every period or it can cost us.”

Friday night at the Eastlink Centre means Friday Night Hockey on Eastlink Channel 10/610. You can also watch along at any of our five viewing partners across Charlottetown – The Factory Downtown, Boston Pizza, Outrider’s Cookhouse, the PEI Brewing Company, or Dooly’s on Kent Street. As well, George Matthews and Cory Arsenault will have the call on Fair Isle Ford Isles Radio!