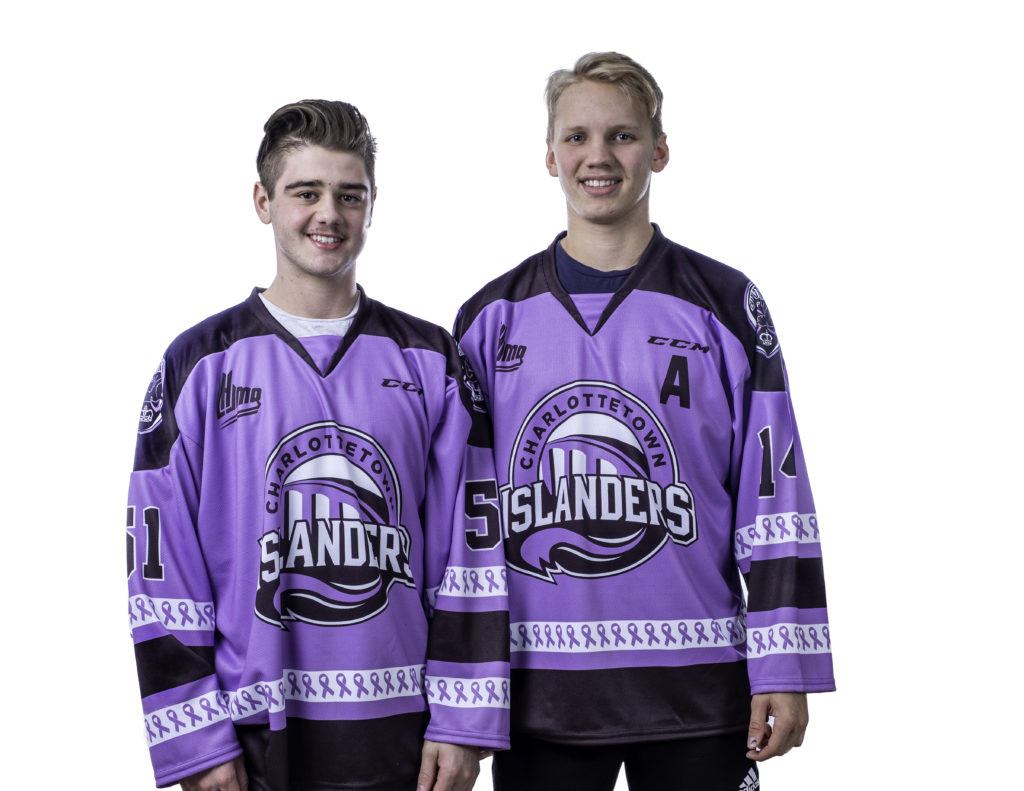 It’s a large night at the Eastlink Centre tonight on more ways than one.

The Charlottetown Islanders look to right the ship coming off a tough Quebec road swing against the Val d’Or Foreurs on Hockey Fights Cancer night.

The Islanders (14-10-4-0) dropped three straight games in Quebec, their second trip to La Belle Province this season. In their last ten games, the Isles have won just three games.

“We didn’t have a really good weekend. We’re supposed to be better than that,” said forward Gaetan Jobin on this past weekend’s performance. “We just have to learn from those games and find a way to do better this weekend.”

“We have to learn to put some adversity behind us and make sure we’re a stronger team for it,” said Isles head coach Jim Hulton. “Getting some healthy bodies back and playing on home ice will be the best recipe for this club.”

The Isles have had success at home this season, going 7-4-2-0 so far this season. The success at home extends even further with the Foreurs, where the team has won 3 of the last four meetings at home against Val d’Or, including a 3-2 shootout win last year.

Meanwhile the Foreurs (13-12-2-0) have also had a case of the yips lately, winning just once in their last four games. It’s been a case of Jekyll and Hyde with their success; in their four wins over the past ten games, the Foreurs have scored 17 goals, including a 7-3 victory over the Saint John Sea Dogs. In their last six losses, they’ve scored just a combined 13 goals. They’re coming off a 4-1 loss to the Moncton Wildcats just the night before.

Tonight will be the debut of the newest Islander, Max-Antoine Melancon. The big 18-year-old was acquired from the Shawinigan Cataractes in exchange for a 2020 6th round pick. He’ll be with the team for the weekend before returning to his Junior A team in Quebec, the Princeville Titan.

There are a number of fantastic initiatives taking place at the Eastlink Centre tonight. You’ll have the ability to bid on game-worn Hockey Fights Cancer jerseys and enter raffles for a chance to win the jerseys, with all proceeds being donated to the Canadian Cancer Society. $5 from the sale of every limited edition Hockey Fights Cancer T-shirt will also be donated to the cause. There will be a photobooth in the lobby where you can make a donation and showcase who you’re fighting for and receive a great memento of the game.

Puck drop gets underway at 7:30pm tonight. Make sure you’re here in plenty of time, as we honour all those who have fought and continue to fight cancer in a pre-game ceremony. All those who have fought cancer, and continue to fight cancer, are invited to attend tonight’s game free of charge. Tickets are still available at the Eastlink Centre box office, by phone at 902-629-6625, or online at https://boxoffice.eastlinkcentrepei.com. You can get a ticket and t-shirt combo for tonight’s game for just $20!