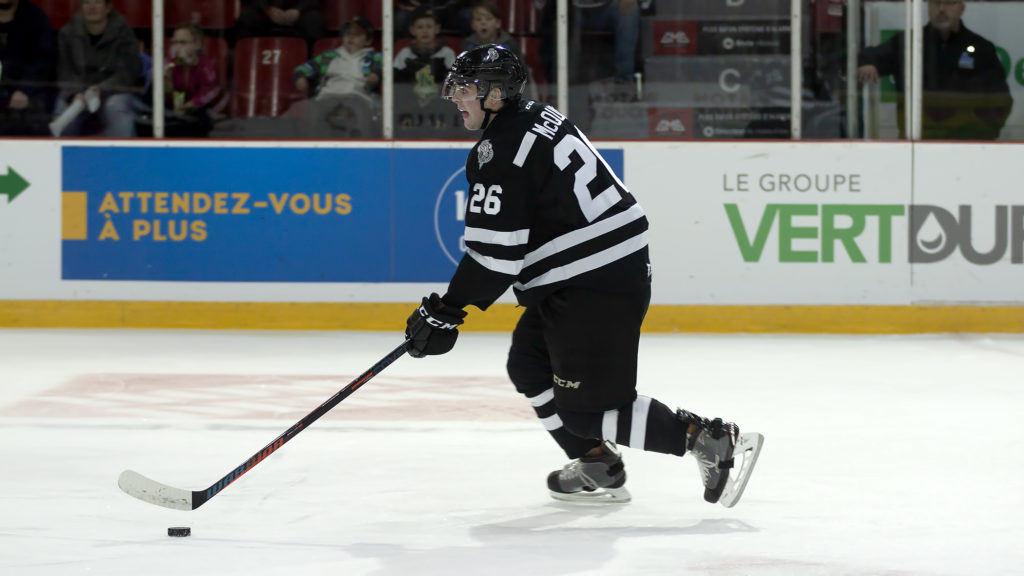 “I am so excited to join the hockey club I grew up idolizing, being close to my family and friends, and conributing to the success ofmy hometown team both on and off the ice.” said McQuaid on being traded back to his home town.

McQuaid, a 6’2 defenseman, has five assists in 28 games so far this season while serving as an assistant captain for the Olympiques. Known more for his defensive prowess, McQuaid is on pace for his best statistical season since 2017-2018, when he scored 14 points in 68 games.

The 19-year-old is in the midst of his fourth QMJHL season, having entered the league as a 16-year-old. In 186 career Q games split between the Olympiques and the Rouyn-Noranda Huskies, McQuaid has recorded 9 goals, 33 points, and 203 penalty minutes.

McQuaid was originally selected by the Huskies in the 2nd round, 31st overall, in the 2016 QMJHL Draft.

McQuaid is projected to be in the lineup when the Islanders return to action following the Christmas break. The team’s first game is Saturday, December 28th in Moncton against the Wildcats. They’ll be back home the following day on Sunday, December 29th to take on the Acadie-Bathurst Titan.