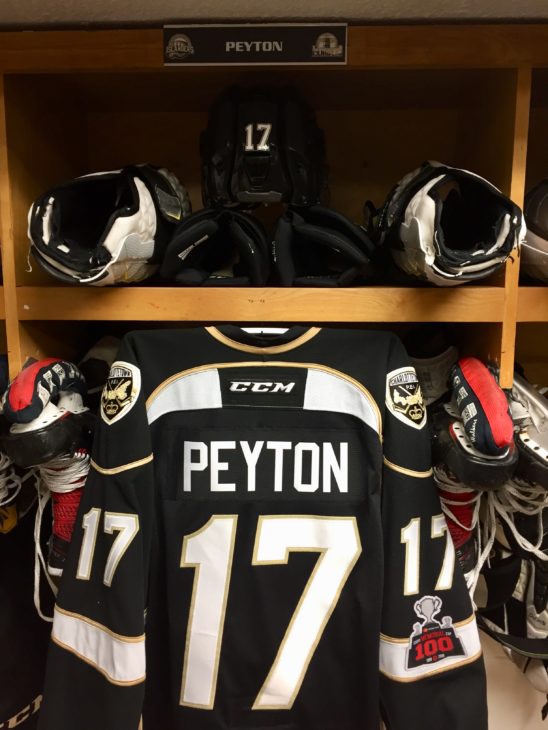 Peyton, 17, stands 6’1’ and is coming off a CJHL season with the Gloucester Rangers which saw him score 7 goals and 10 points in 38 regular season games.

Peyton previously played for the Cumberland Grads Midget AAA of the HEOMAAA, scoring 15 goals and 28 points in 44 games.