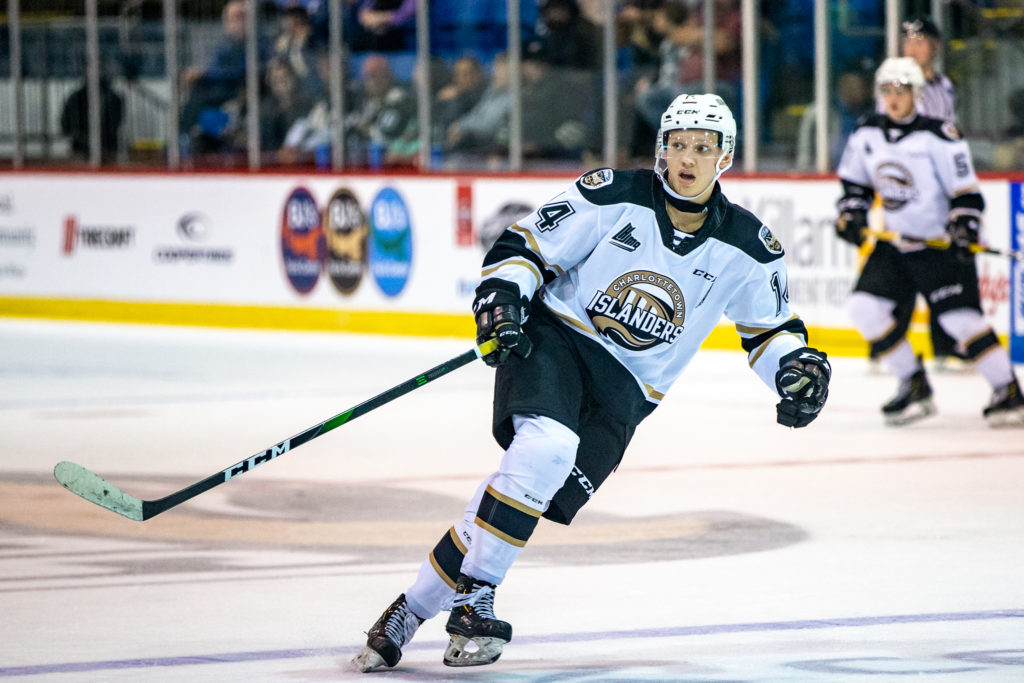 On the heels of a 5-4 overtime loss to the Quebec Remparts that saw them squander a 3-goal lead in the third period, the Charlottetown Islanders head to Bathurst to take on the Acadie-Bathurst Titan and try to put that loss in the rearview mirror.

Despite the loss, Charlottetown (4-0-2-0) remains near the top of the Eastern Conference standings, just two points back of the Cape Breton Eagles for first in the Eastern Conference, although the Eagles have played one more game than the Isles. Most impressively though, the Islanders remain the only team in the QMJHL without a regulation loss to begin the season.

The Titan, however, are trending in the opposite direction. They’ve picked up where they’ve left off last season, with Bathurst (0-5-0-1) having yet to win a game early on. This has been especially the case at home, where as of October 5th they’ve yet to win a game in over a full calendar year. They’re coming off of a 4-2 loss just last night to the Saint John Sea Dogs.

Despite the struggles in the standings, there are great signs of improvement on the ice. 19-year old forward Anderson MacDonald has made massive improvements to his game following an injury-riddled season. The two-time 25-goal scorer has six points in six games to start the season. He’s led a young crop of players that includes Riley Kidney, the 11th overall pick in the 2019 QMJHL Draft. Kidney is currently tied with MacDonald for the team lead in points, with six.

For Charlottetown, Thomas Casey remains on fire to begin the season, having recorded at least a point in each of the team’s six games thus far. His nine points are good for a tie for 10th in the entire league. Another player who has been hot for the Islanders is Kevin Gursoy. Despite a cold start to the season, the 20-year old has come on strong this weekend, recording multiple points in each of the past two games.

In goal, Matthew Welsh gets the nod this afternoon for his fifth start of the season. It’s been business as usual for the fifth-year netminder this season, currently sitting third in the league with a .928 save percentage and second with a 1.73 goals-against-average.

Due to regional television restrictions, Fair Isle Ford Isles Radio will be broadcasting the Rogers TV audio feed for this afternoon’s action. Make sure you tune in to catch all of the exciting action!