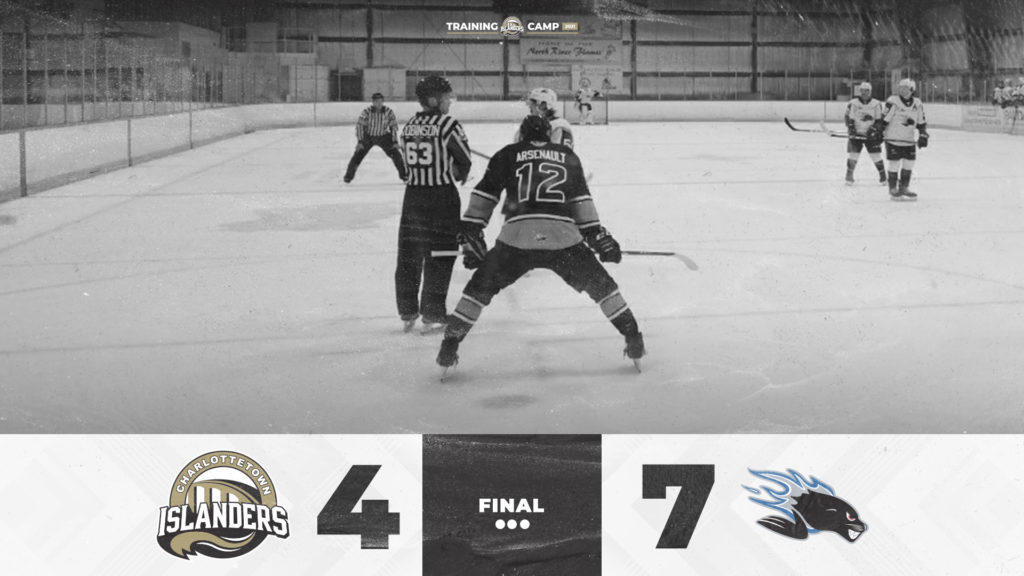 The Islanders opened the 2021 pre-season on home ice as they welcomed the Saint John Sea Dogs to the APM Centre in Cornwall.

Jacob LeBlanc got the start in goal for the Islanders after being traded from Drummondville last week. The Islanders dressed a total of 6 defensemen and 13 forwards for the first game against their New Brunswick rivals since October 2020.

Michael Horth got the Islanders on the board early followed by a Samuel Chabot goal just :21 seconds later to give the team an early 2-0 lead.

Penalty troubles allowed the Sea Dogs to claw back, however. The Dogs scored three straight goals from Carter McCluskey, veteran Josh Lawrence, and Vincent Despont on one of the team’s 5 first-period powerplays.

Things settled down for both sides in the second period. Michael Horth jumped on a rebound for his second of the game to tie things at 3-3.

The Sea Dogs found their stride in the third period scoring 4 unanswered goals in the first 7 minutes of play. Chabot scored his second of the night late in the 3rd to get the Islanders back to 7-4.

The team hits the road tomorrow for a rematch against the Sea Dogs in Fredericton at the Aitken Centre. Puck drops at 7pm.