Islanders Fans Left With One to Forget Saturday Night 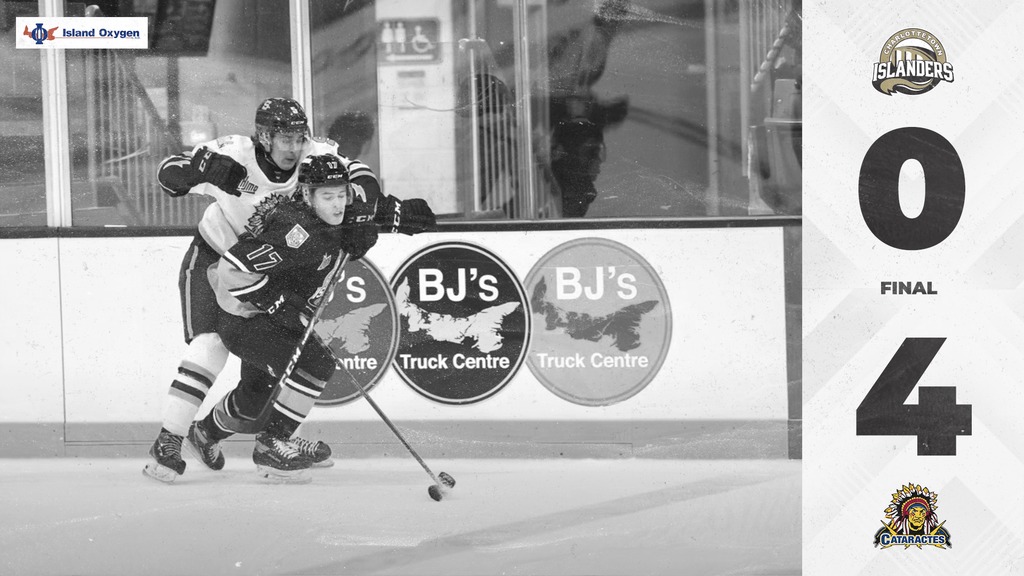 The season began with a bang, the Isles offense had seemingly come out of the preseason in perfect harmony. Now, following being shut down by Halifax and hitting an offensive creativity snag against Saint John, Jim Hulton looked to shake things up this evening when the Shawinigan Cataractes came to town. The Islanders, being without leading point man Xavier Simoneau for this one had the door wide open for anyone to try and reignite this team’s fire.

This stood to be the lone tally of the first as shots finished low at just 8-4 in favor of the Cataractes.

It was more of the same from Bourgault and Bourque in the second frame. Bourgault was able to finish a feed from Bourque on the powerplay to put the Cataractes up by two early in the second. Isaac Menard also helping with the set-up. Just a little over 15 minutes into the period, it was Bourgault this time who was able to feed the puck to Bourque and spring him on a breakaway. Bourque fired one blocker side on Satny that hit the post and tipped in to add onto the lead. Shawinigan wasn’t finished yet as Lorenzo Canonica was able to angle his skate blade just right to tip it into the back of the net on a late powerplay. Loic Gibeault and Zachary Massicotte recorded the assists on the goal that put the Cataractes ahead 4-0 through 40 minutes.

Shots capped off at 19-11 for Shawinigan with 20 minutes left to play.

Both teams were held at bay in the final 20 minutes as 4-0 stood as the final in this one.

Charlottetown still remains in a struggle to find that offensive spark they had coming out of the gates. Jim Hulton will have to continue shaking the tree until the right apples start to fall. Fans were left with one to forget tonight at the Eastlink Centre as the first team to make their way here from Quebec in nearly two years prevails without a hiccup.

Final shots were also in Shawinigan’s favor at 27-17.

The Islanders are back in action tomorrow afternoon in Acadie-Bathurst as we head over for a 3 pm bout with the Titan.