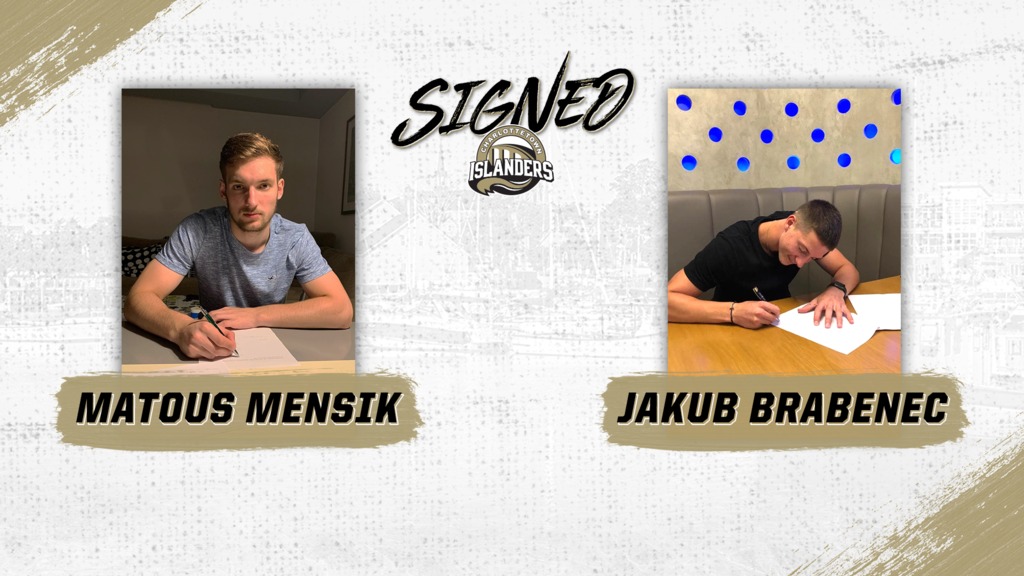 Charlottetown Islanders head coach and general manager Jim Hulton announced today that the team has signed forwards Jakub Brabenec and Matous Mensik ahead of the 2020-2021 season.

The two players, both born in the Czech Republic, were selected by the Islanders in the 2020 CHL Import Draft. Both players will report to training camp to take place later this summer.

“The signings of Jakub and Matous are an important step in our roster build for the next three seasons,” explained Hulton. “Both players are elite level 17-year-old players who will play a significant role on our team now and for future seasons. We are delighted to finalize their signings and we look forward to seeing them in action at our camp in late August.”

Jakub Brabenec was selected with the 35th selection of the Import Draft. The 6’0 forward from Brno played in the HC Kometo Brno system last season, splitting time between the U-16, U-20, and Czech2 levels and . With the U-16 team, Brabenec recorded an impressive 12 goals and 34 points in 15 games, while also recording four goals and 16 points in 19 games with the Under-18 team.

Brabenec also earned a call-up to Kometo Brno’s Extraliga squad, scoring a goal in two contests. He was one of just five 16-year-old skaters to suit up in the Extraliga this season and one of just two to score a goal.

“I am really happy and thankful for the opportunity to sign a contract with Charlottetown, and I’m so excited for my future there,” said Brabenec on the signing. “I can’t wait to be part of the Islanders family and to finally practice with the team.”

Matous Mensik was selected by the Islanders with the 95th pick of the Import Draft. The 6’2, 195 pound winger from Jihlava, who turns 17 in July, spent this season playing in Karpat, Finland at the Under-18 level. The big forward put up 16 points in 34 games.

“I’m honoured to sign with Charlottetown for the next chapter of my hockey career,” said Mensik on the signing. “I’ve heard nothing but great things about the Islanders organization; I’m looking forward to meeting and getting on the ice with my new teammates.”

Both Mensik and Brabenec suited up for the Czech Republic internationally at the 2019 World Under-17 Hockey Challenge. Mensik finished second on the team with two goals and four points in six games played, while Brabenec was held pointless as both players earned a bronze medal at the tournament with their home country.

The Charlottetown Islanders welcome Jakub Brabenec and Matous Mensik to the organization, and look forward to their safe arrival to Charlottetown.