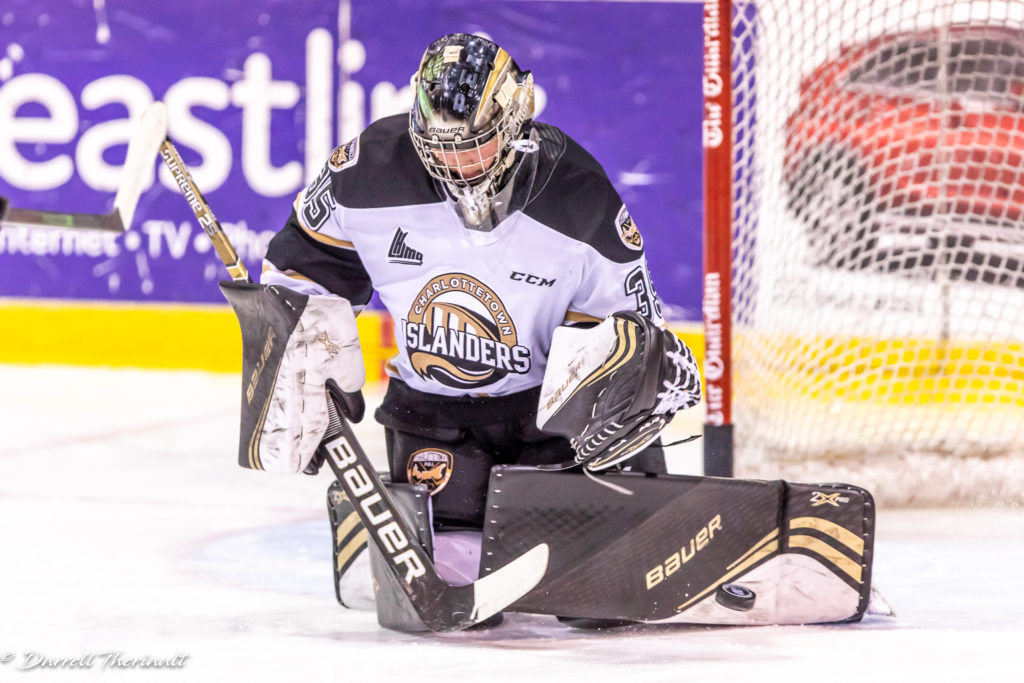 Off to one of the best starts in team history, the Charlottetown Islanders look to keep the momentum rolling against the Moncton Wildcats in the second half of a back-to-back home opening weekend.

The Islanders (5-1-0-0) are coming off a dominant 5-1 victory over the Saint John Sea Dogs just one night ago. The depth scoring came up big for the Islanders, with Keiran Gallant, Ryan Maynard, and Drew Elliott picking up goals along with Sam Oliver and Cedric Desruisseaux. In goal, Colten Ellis once again came up big, making 24 saves for his fifth straight victory to start his Islanders career. It’s now officially the best start to a season by a netminder in franchise history.

Drew Elliott’s second period goal, assisted by Maynard, completed an impressive mark; just six games in to the season, each Islanders skater has now recorded a point within the first six games of the season.

Jacob Goobie will get the start in goal for the Islanders tonight. The 17-year-0ld netminder will look to rebound in his second performance of the season, having lost his first outing two weekends ago against the Cape Breton Eagles.

The Wildcats, meanwhile, are looking to get back in the win column after a 4-2 loss to the Acadie-Bathurst Titan last night. Sitting at 1-3-0-0 to start the year, Moncton is getting back to action for the first time in two weeks after the COVID-19 pandemic forced the city of Moncton to move to tighter restrictions for a short period of time.

Cornwall native Jordan Spence returns home for the first time this season. The Los Angeles Kings fourth round pick has had a quality start to his season, picking up three assists in his first four games.

All the action can be heard live on Ocean 100’s Saturday Night Hockey. Want to watch the action? Head to The Factory Downtown, Boston Pizza, or the Brackley Drive-In!