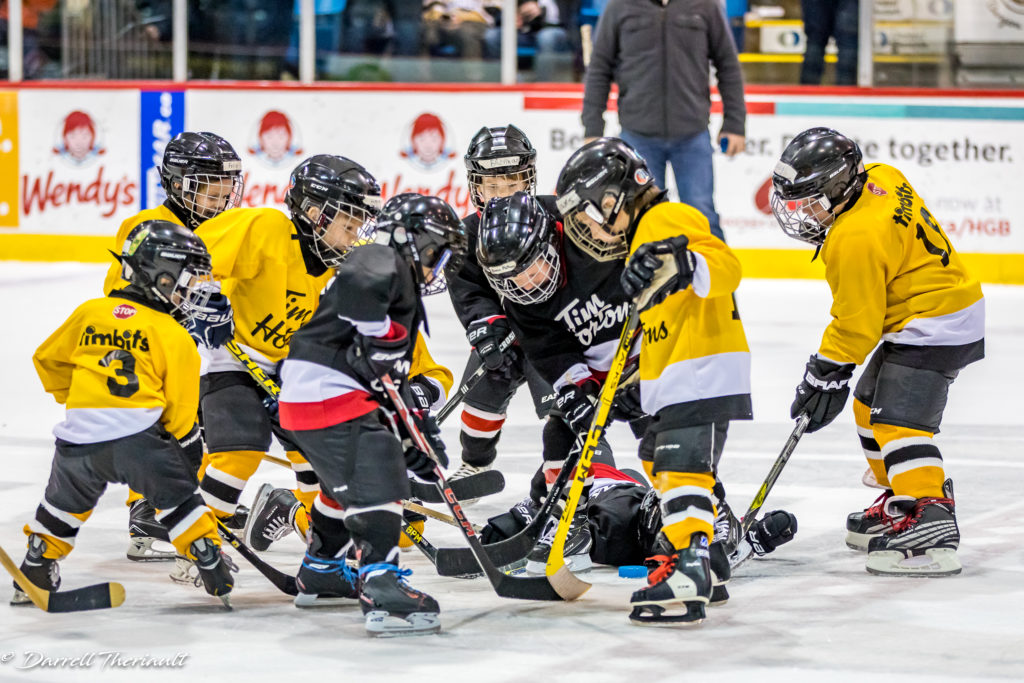 On Saturday, February 8th, the Eastlink Centre becomes the epicentre for a fantastic day of fun as the Charlottetown Islanders host the Mini-Stars Jamboree.

The jamboree, now in it’s second year, will see 28 teams of players aged 4 to 6 from across Prince Edward Island take to the ice for games throughout the day. The players will stick around Saturday night as the Islanders will take on one of the top rated team in the Canadian Hockey League, the Sherbrooke Phoenix, in a marquee Saturday night tilt.

“We had a great time organizing the event and putting smiles on children’s faces, so it was only natural that it was brought back for a second season,” said Islanders vice president of sales and marketing Jason Maclean. “This season, we feel that new partnerships and a better grasp will only enhance what was regarded as a success last year.”

In addition to a day full of games, the Trade Centre has been converted to a fun zone, with Par-T-Perfect bringing in a number of activities for the players to take in during their off-time. Domino’s Pizza will be supplying pizza to all of the teams, ADL has donated chocolate milk for each player, while Subway and Bubly have helped stuff the treat bags with great products.

“This jamboree wouldn’t be possible without the help of our community partners. We’re grateful for their support in helping us promote youth hockey.”

Jamboree participants will get the opportunity to tour the Islanders dressing room and skate out from the same tunnel as their major junior heroes. In the afternoon, the players will join in on the fun, taking to the ice with future major junior hopefuls before they battle the Phoenix.

During the first intermission of Saturday’s game, the players will once again take to the ice as they take part in a parade to honour those players who played all day.

Tickets for Saturday’s Islanders vs. Phoenix matchup, along with Friday night’s game versus the Victoriaville Tigres, can still be purchased at the Eastlink Centre box office, by phone at 902-629-6625, or online by visiting https://boxoffice.eastlinkcentrepei.com