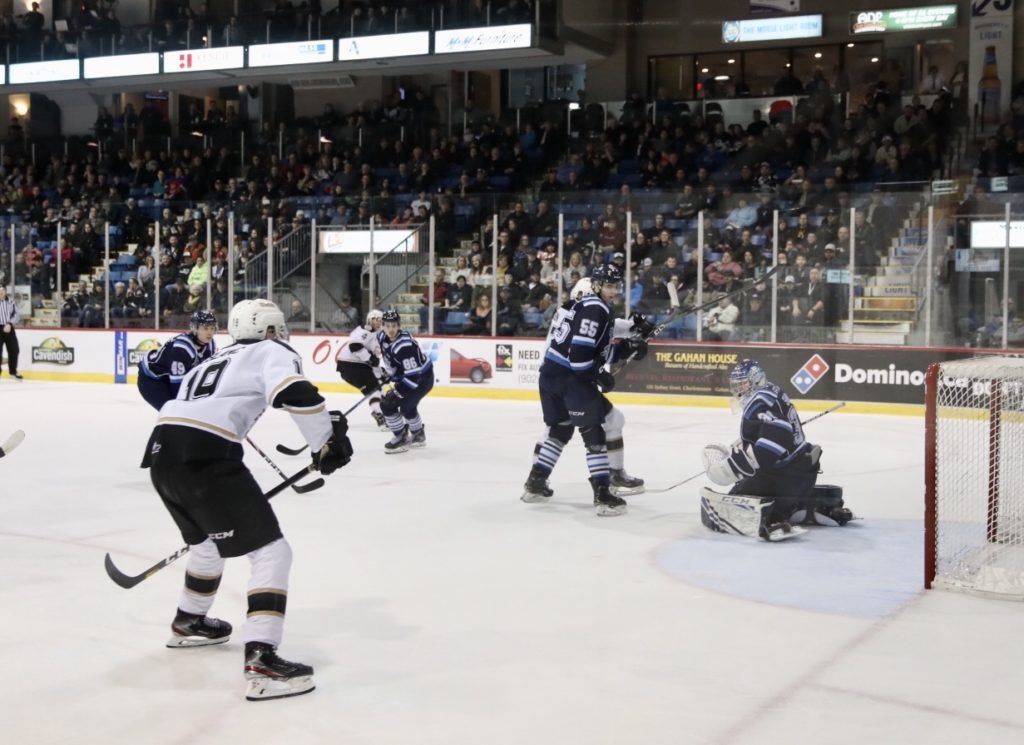 The Chicoutimi Sagueneens showed tonight just how dangerous they can be.

The nationally-ranked Sags fired on all cylinders Saturday night and the Charlottetown Islanders were no match for it. Six different players found the back of the net as Chicoutimi defeated the Islanders 8-2.

The Sagueneens flexed their muscles on the ice from the minute the puck dropped, asserting themselves as one of the favourites to win the President’s Cup from the outset of the game. A team that gave up 15 draft picks to improve at the Christmas trading period looked dangerous from the outset. Felix-Antoine Marcotty would open the scoring on a partial break opportunity, using his speed to split the Isles defense and putting one past Matthew Welsh for his 11th of the season.

Patrick Kyte would score shortly thereafter for Chicoutimi before Ethan Crossman got the Isles on the board. The forward, playing against the team that just traded him for the first time, would capitalize on a beautiful tip on net by Oscar Plandowski. Crossman would find the rebound and make no mistake for his second as an Islander and 8th goal on the season.

From there on out, it was all Sagueneens. Chicoutimi flew up and down the ice, capitalizing on even the smallest of mistakes the Islanders would make. Xavier Labrecque scored shorthanded for the Sagueneens off a turnover in the defensive end by the Islanders before the end of the first period, before Felix Bibeau kept the scoring going in the second period.

Marcotty would add his second of the game followed thereafter by Vladislav Kotkov. The big Russian forward would sneak one more goal in before the end of the second, receiving a pass in the slot from Raphael Lavoie, and getting just past the outstretched blocker of Welsh for his 16th of the season.

Thomas Casey would add his 18th goal of the season in the third period but it was too little, too late. The Sagueneens would score twice more to head to the next leg of their Maritime road trip with 16 goals in two games.

Oscar Plandowski would finish the game with two assists for the Isles. The 16-year-old now has five points in his last six games and assists in back-to-back games. Casey and Nikita Alexandrov would each add solo assists as well.

The Islanders will now hit the road to take on the Halifax Mooseheads before returning home next weekend to take the Cape Breton Eagles in back-to-back games starting Friday, January 17th. Tickets for those games are available at the Eastlink Centre box office, by phone at 902-629-6625, or online by clicking HERE. Catch the call tomorrow in Halifax on Fair Isle Ford Isles Radio!