Isles and Moose back at it in Wednesday night tilt 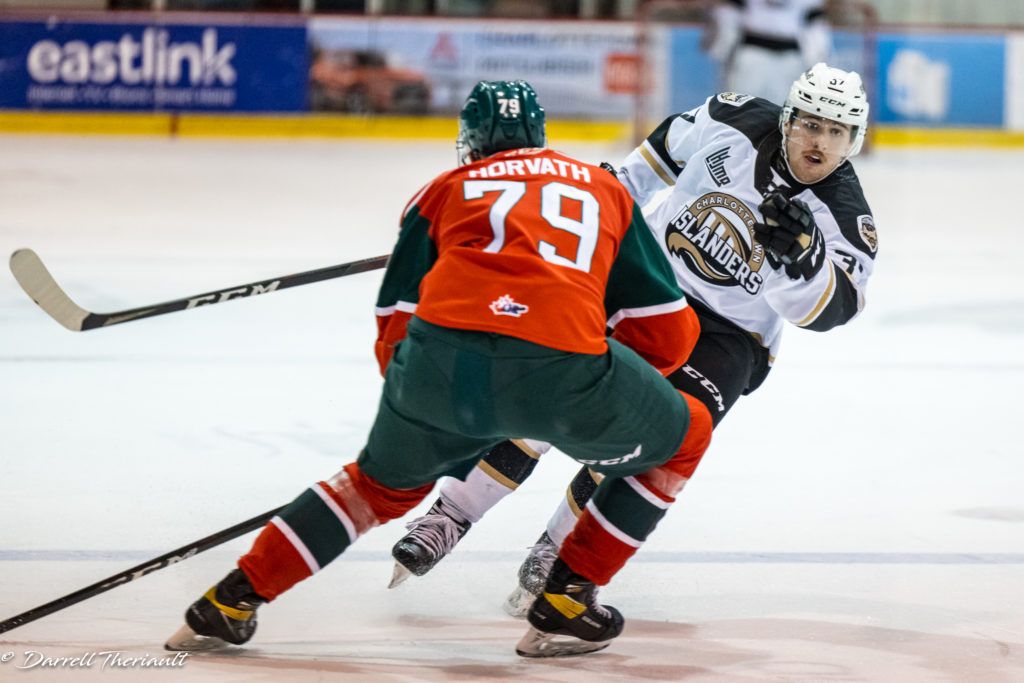 The Charlottetown Islanders and Halifax Mooseheads have gotten extremely familiar with each other thanks to the COVID-19 pandemic. 15 matchups have taken place between the two teams with the Islanders getting the better of the Moose on most occasions. Tonight, they’ll look to continue that trend with another matchup between the Maritime Division rivals.

The Islanders (30-4-0-0) are the only team in the QMJHL to reach the 30-win plateau amidst an incredible 15-game winning streak. While the streak has been historic, it hasn’t come without it’s fair share of dramatics, including a five-round shootout victory over the Mooseheads just three nights ago. Lukas Cormier delivered the shootout winner while Cédric Desruisseaux potted the only two regulation goals for the Islanders.

One area the Isles will continue to try and improve on is their discipline. The Isles ceded 7 powerplay opportunities to the Moose last game, which is unfortunately average for the team that gives up far and away the most penalty minutes per game in the QMJHL at 14 minutes a game. While penalty minutes are a symptom of hard play, it remains something the Islanders want to work on.

“Sometimes we get too excited or emotional during the game, and it’s something that we have to learn to control,” said Desruisseaux on the penalty trouble. “We do have a really good penalty kill, but in the playoffs we can’t hurt ourselves, and seven penalties will cost us.”

Meanwhile the Mooseheads (14-16-5-4) will be looking to finally get over the hump in the Eastlink Centre, an arena where it seems like lately they’re getting closer and closer to success. Their shootout loss is the third straight game that Halifax has taken Charlottetown the distance in their home building, earning a point in each of those games.

The Moose will be without their hottest goal-scorer as of late, Zachary L’Heureux. The 2021 NHL Draft top prospect was suspended two games for an unsportsmanlike conduct incident at the conclusion of Sunday’s game.

As always, you can find the action on Eastlink Community TV Channel 10/610, as well as on Fair Isle Ford Isles Radio with George Matthews and Cory Arsenault. Want to make a night of it? Head to any of our five viewing partners across Charlottetown – the PEI Brewing Company, Boston Pizza, the Factory Downtown, Outrider’s Cookhouse, or Dooly’s on Kent Street. For Season Ticket Holders, tonight is Home Game 18 on your ticket.