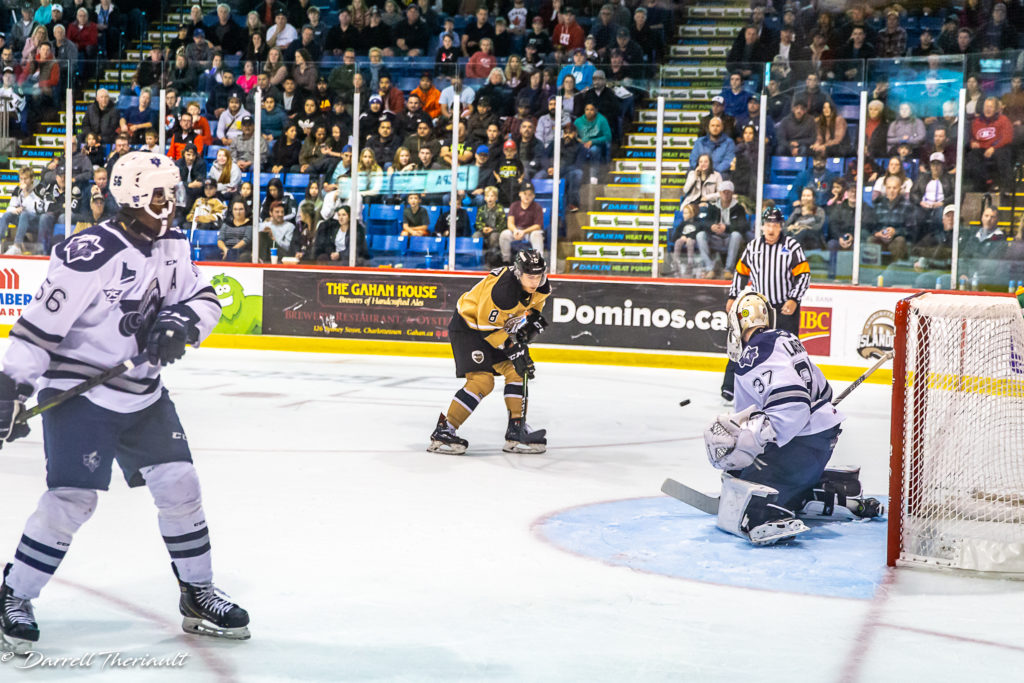 The Charlottetown Islanders will come home from Quebec with three straight losses.

Alexis Lafreniere recorded two goals and an assist, Raphael Audet made 22 saves, and the Rimouski Oceanic sent the Islanders home from their Quebec road trip with a 6-3 loss.

Not unlike the the game Sunday against Quebec, the back-and-forth action kicked off early and often. The Oceanic would strike first thanks to Mikael Martel. The rookie would record his first career QMJHL goal, pouncing on a loose puck in front of Isles starter Matthew Welsh and going high, giving the Oceanic the 1-0 lead.

Brett Budgell would respond not long after on the powerplay. The 18 year-old would corral a puck along the boards, pump fake, then fire a low wrist shot that fooled Audet and dribbled across the goal line. For Budgell, the goal would give him ten on the season and tie the game up.

Once again, however, the Oceanic would take the lead right back. After a bad giveaway on an Isles line change, Lafreniere and Zachary Bolduc would find themselves alone on a 2-on-0. The pair would play pitch and catch in front of Welsh before Lafreniere would tap in the puck to an open cage. For Lafreniere, the goal would be his 16th of the season and give the Oceanic a 2-1 lead heading in to the second.

It was in that second period that Rimouski would start to open the game up. Cole Cormier would extend the lead with a big powerplay goal midway through the second, kicking off a stretch that saw the Oceanic score three goals in 3:30. Nathan Ouellet and Jeffrey Durocher would each add markers in that same timeframe.

Drew Johnston would add two straight goals split between the second and the third but that’s as close as the Islanders would come. Lafreniere would add the insurance tally late in the third period to secure the victory for the home team.

Budgell, Johnston, and Xavier Bernard would each finish with multi-point games. Oscar Plandowski, Noah Laaouan, and Zac Arsenault would each add single markers. For Arsenault, the Montague, PEI native, the assist would be the first point of his QMJHL career.

The Isles return home from the road trip now and will prepare for a big weekend homestand, beginning Friday night against the Val d’Or Foreurs on Hockey Fights Cancer night. Join us as we help raise funds to end cancer once and for all. Tickets are available at the Eastlink Centre box office, by phone at 902-629-6625, or online at https://boxoffice.eastlinkcentrepei.com