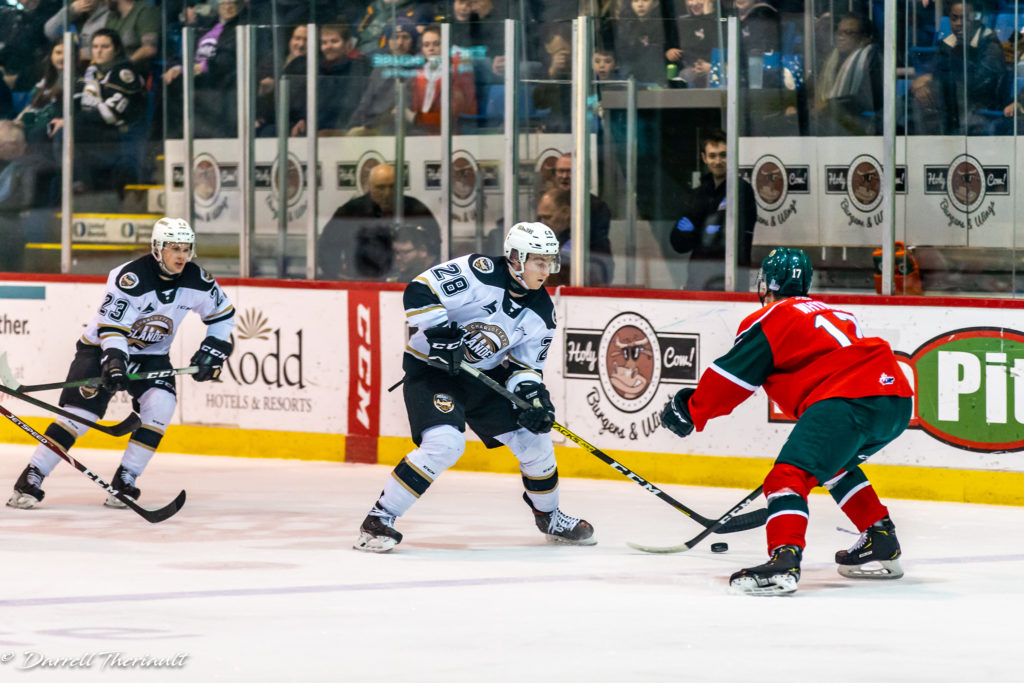 The Nova Scotia moose hunting season is in full swing, and the Charlottetown Islanders want a piece of the action.

The Isles make their first visit to Halifax tonight to visit the Mooseheads as the QMJHL action inside the Atlantic bubble continues on outside of Moncton.

The Islanders have gotten off to a hot start to the season, jumping out to a 3-1 record early on. Despite that, the team is coming off a tough 6-2 loss to the Cape Breton Eagles in the second half of a back-to-back series in Sydney. It was Charlottetown’s first loss of the season, having handily defeated the Eagles 5-2 the night before. A trio of Islanders rookies recorded their first career QMJHL goals in Brendan McCarthy, Ben Boyd, and Sam Oliver.

Despite the loss, one player continued his torrid pace to the start of the season. Thomas Casey recorded another pair of assists in the loss, marking four straight multi-point games to start the season. His six assists are tied with teammate Lukas Cormier for third overall in the QMJHL.

Expect Colten Ellis to get the nod in goal for Charlottetown. The 20-year-old veteran netminder has had a solid start to the season, recording three straight victories. Should Ellis pick up a fourth straight victory, he’ll set an Islanders franchise record for consecutive victories to start a season.

Meanwhile in Halifax, the Mooseheads are looking to bounce back from a 6-3 defeat over the Acadie-Bathurst Titan on Sunday afternoon. The loss moved Halifax to 1-2-1-0 on the season despite offensive contributions coming from throughout their young lineup; five Moose rookies have already recorded their first career goals, including tallies from 2020 draft picks James Swan, Markus Vidicek, and Jordan Dumais.

One player that’s made an impact early in his tenure in Halifax is former Islander Liam Peyton. The big 20-year-old was traded to Halifax in the offseason following the Colten Ellis trade, and has made an immediate impact for his former team. Peyton has recorded four points in four games to start the season.

The starting goalie for Halifax is still up in the air. Starting netminder Cole McLaren missed Sunday’s game with an undisclosed injury, ceding the crease to Brady James. His status for tonight’s game remains up in the air.

You can catch all of the action live on YouTube with Fair Isle Ford Isles Radio. Want to watch the action? Catch it on Eastlink’s Friday Night Hockey on Eastlink Community TV Channel 610, or head to Boston Pizza or the Factory Downtown to watch!