Isles look for retribution against Mooseheads 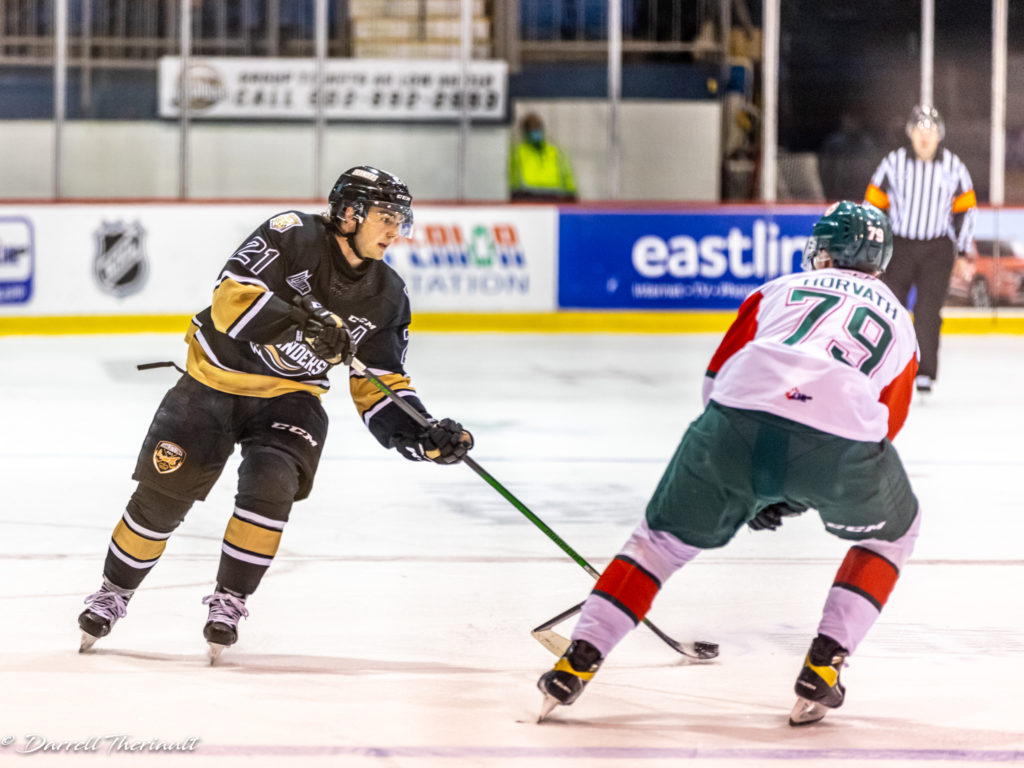 A string of Wednesday night affairs begins tonight for the Charlottetown Islanders, as the top team in the QMJHL welcomes the Halifax Mooseheads to the Eastlink Centre.

The Islanders (11-2-0-0) will look to avenge their second loss of the season, which came at the hands of the Mooseheads just two weeks ago. Elliot Desnoyers was a tour de force for Halifax in that game scoring four goals, including the game winner in the final minute of play, as the Mooseheads defeated the Islanders 5-4.

Since then, Charlottetown has rebounded admirably by rattling off three straight victories, including a dominant 7-2 victory over the Cape Breton Eagles on Friday night. Spearheading the attack has been none other than Cedric Desruisseaux. The Victoriaville native continues his phenomenal play and historic run, scoring three times over the weekend and now standing with a goal scoring streak of 12 straight games. Only two other players in QMJHL history have achieved such streaks since the turn of the century: Pierre-Marc Bouchard reached 12 games early in the 2001-2002 season while Sidney Crosby hit 14 games during the 2005 season.

Desruisseaux isn’t the only Islander setting records, though. Colten Ellis has rattled off nine straight victories to start the season and to start his Islanders career. That win streak is the sixth-longest to start a season in QMJHL history. Ellis has been lights out this season, posting a .908 save percentage. In his only meeting against Halifax, Ellis posted a 25-save shutout earlier this season.

Meanwhile, the Mooseheads (5-5-2-2) continue to face some lineup adversity early in the season. Between injuries, suspensions, and international assignments, the Moose have had a number of call-ups in their lineup throughout the early portions of this season. In their last game the team was without rookies Cole Foston and Jordan Dumais due to injury, while star forward Zachary L’Heureux continued to serve a four-game suspension earned for spitting during the last matchup between Halifax and Charlottetown.

Tonight, the status of Foston and Dumais remain unclear, while L’Heureux serves his final game of suspension. Colorado Avalanche first round pick Justin Barron will also be away from the team as he joins Lukas Cormier at Team Canada’s World Junior Selection Camp in Red Deer. The Mooseheads are expected to call-up Sonny Kabatay and Braeden MacPhee for this game.

You can catch all of the action on Fair Isle Ford Isles Radio live on YouTube, or by heading down to the Factory Downtown or Boston Pizza!