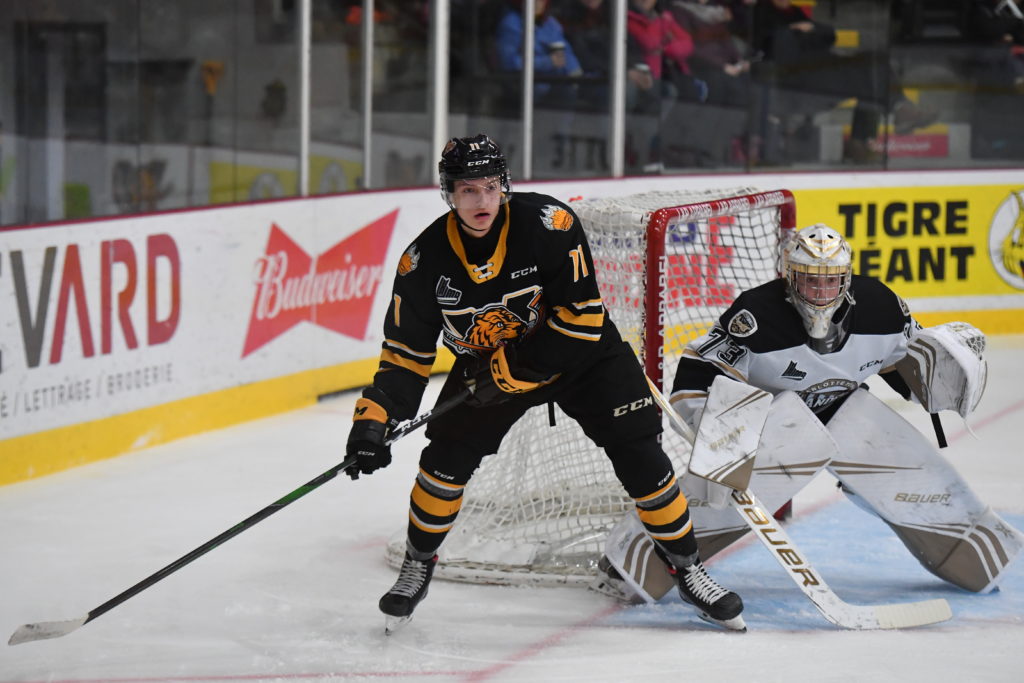 The Charlottetown Islanders have started the week on the right foot. Friday night presents a critical opportunity to keep the momentum rolling.

The Islanders welcome the Victoriaville Tigres to town on Friday night for a matchup where the Islanders will look to build on their recent success over their Western Conference opponent.

Charlottetown (26-21-5-0) defeated Victoriaville in their own arena earlier this season, defeating the Tigres 5-4 in overtime to wrap up a 3-in-3 Quebec road swing. Cedric Desruisseaux was an offensive catalyst against his hometown team, recording three assists in the victory. He’ll look to replicate that success once again, just one game after scoring the overtime winner against the Halifax Mooseheads on Tuesday night.

Despite battling injuries this season, Desruisseaux is slowly putting together a bounce-back campaign after what was considered a down 2018-2019. The 19-year-old may be shooting at a career low 6.3% shooting percentage, but is just one assist away from tying his career high of 22 established in 2017-2018. His 0.64 points-per-game pace is also an increase from the 0.58 pace he established last season.

The Isles have had Victoriaville’s number over the past five seasons, owning a 7-2 record over the Tigres, including five straight victories on the road and a 4-2 victory at the Eastlink Centre last season.

Victoriaville, however, have been one of the hottest teams in the QMJHL as of late. The Tigres (20-22-5-4) have won six straight games to climb back in to the Western Conference standings race, including a 3-0 victory over the Acadie-Bathurst Titan just last night. The goals have been easy to come by for Victoriaville, having scored 26 goals in that six-game stretch.

One player who has been on fire lately is Toronto Maple Leafs prospect Mikhail Abramov. The Tigres forward has been an offensive catalyst for Victoriaville on this stretch with points in 7 straight games, including 12 over this six-game win streak. Abramov has developed in to one of the premiere goal-scorers in the QMJHL, sitting fifth overall with 33 goals and eighth overall with 65 points in 51 games, leading Victo in that category.

Don’t forget that tickets are still available for tonight’s game! You can catch all the action by visiting the Eastlink Centre box office, by phone at 902-629-6625, or online at https://boxoffice.eastlinkcentrepei.com. Don’t forget it’s Olde Dublin Pub Happy Hour night. Drinks are just $3.50 in the Moose Light Lounge for an hour before and an hour after the game, while the Olde Dublin Pub will be providing finger foods and live music!