Isles ready for Lafreniere and Oceanic 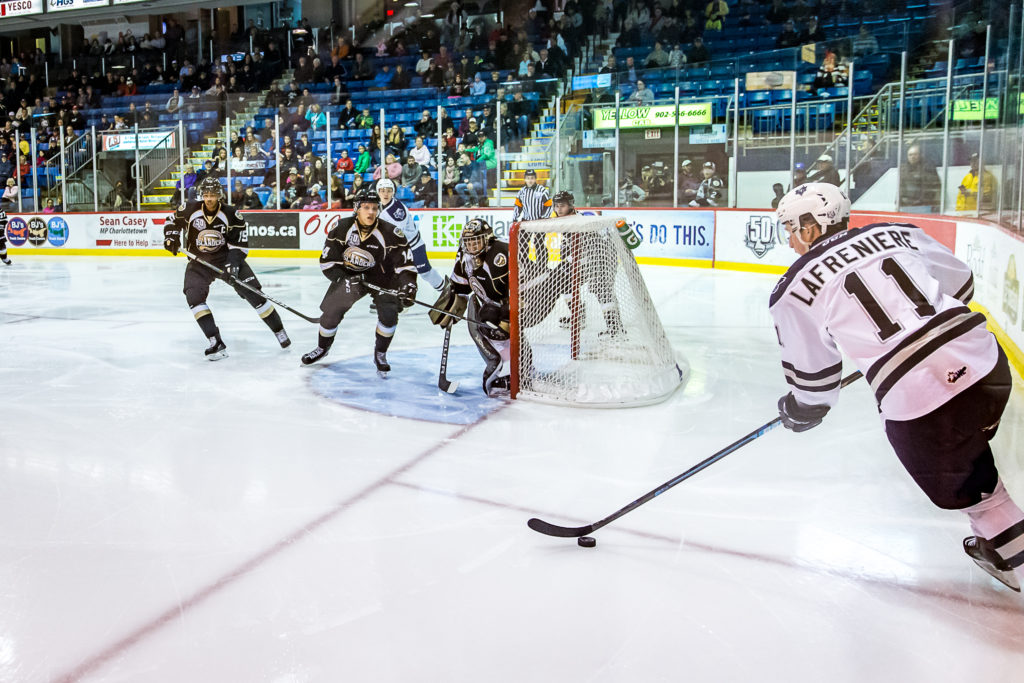 After a weekend spent on the road, the Charlottetown Islanders return home to a tall task Friday night in Alexis Lafreniere and the Rimouski Oceanic.

All eyes will be on Lafreniere tonight, who has long been projected as the first overall pick in the upcoming 2020 NHL Draft. The Saint-Eustache, Quebec native currently is tied for the league lead in points with an astonishing 43 points in 17 games. The player he’s tied with? His linemate, Cedric Pare, who is also the league’s leading goal scorer with 21 goals; the next closest player has 14. The duo, alongside Calgary Flames prospect Dmitry Zavgorodniy, forms the most lethal trio in all of major junior hockey.

As a team, the Oceanic (10-4-1-2) sit fourth overall in the QMJHL standings. They’re coming off of a 6-1 victory over the Saint John Sea Dogs just last night, where their top line combined for 15 points. They victory is a rebound from three straight losses, including two straight to the Shawinigan Cataractes.

Outside of their top line, the Oceanic boasts two of the top rookies in the QMJHL. 17 year-old defenseman Isaac Belliveau has been lights out on the back-end, leading both rookies and defensemen with 22 points in 17 games. Meanwhile, 16 year-old Zachary Bolduc has been outstanding since deciding to report to Rimouski, recording seven points in 11 games. He won’t be with the team for this road trip as he’s with Team Canada at the World Under-17 Hockey Challenge.

Bolduc isn’t the only Oceanic player missing in action; starting netminder Colten Ellis did not make the trip to the Maritimes due to a lower-body injury. The team has re-called Jonathan Labrie from L’Everest de la Cote-du-Sud (LHJAAAQ) to back-up Raphael Audet for this weekend.

Meanwhile, the Islanders (10-3-3-0) are looking to rebound from a Quebec road trip that saw them win just once in three games. They’re coming off a 4-1 loss to the Val d’Or Foreurs on Sunday afternoon, where Jacob Goobie stood on his head with 36 saves in the defeat.

He, along with Oscar Plandowski, are joining Bolduc in Medicine Hat, Alberta at the World Under-17 Hockey Challenge. The team has re-called PEI native Chad Arsenault to back-up Matthew Welsh this weekend.

The Isles received some good news on the injury front this week; captain Brendon Clavelle returns to the lineup tonight following some time on the sidelines with an upper-body injury. He’ll re-join the lineup in Plandowski’s place, while Dell Welton will remain with the team until Plandowski returns from the U-17’s.

Tickets are still available for Alexis Lafreniere’s only visit to the Eastlink Centre this season! Visit the Eastlink Centre box office, call 902-629-6625, or head to https://boxoffice.eastlinkcentrepei.com to book your ticket. Can’t make it to the rink? Tune in to Fair Isle Ford Isles Radio with George Matthews and Cory Arsenault!