Isles win 14th in a row with dominant victory over Moose 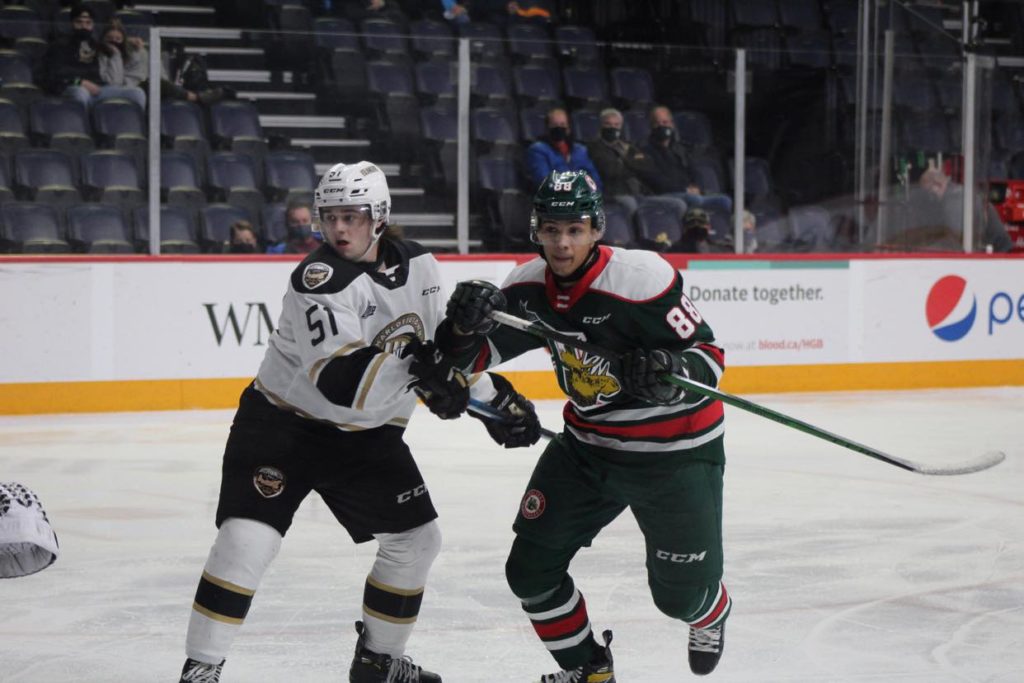 Dominance. It’s a word that you might use to describe the performance put forth by the Charlottetown Islanders on Thursday night in Halifax.

The Isles were simply too much for the Halifax Mooseheads offensively throughout this matchup. Bailey Peach and Sam Oliver each potted two goals as the Islanders handled the Mooseheads 6-2 en route to their 14th straight victory.

“We took full advantage of a depleted Halifax lineup tonight,” said head coach Jim Hulton on the victory. “We were solid in all areas and received contributions from our entire bench. It was nice to see big nights from Peach and Oliver as this will be a boost to their confidence.”

From the outset of the first period, Charlottetown was relentless on offense and created plenty of chances. The success came almost instantly; just three minutes into the first period Lukas Cormier would feed a pass down low to Keiran Gallant who’d make no mistake for a 1-0 lead. For Gallant, that would be his sixth goal of the season.

Justin Barron would tie the game midway through the first but the Islanders would get it back not long after. On a delayed penalty, Cormier would once again play distributor, finding a waiting Peach in front. The Falmouth, Nova Scotia product would make a nice move in tight to get to his backhand before burying it on Moosehead starter Alexis Gravel. The goal would be Peach’s fourth goal on the year.

Oliver’s first of the night came not long after. The 16-year-old rookie was the benefactor of some great forechecking from his linemates; Ben Boyd would work the puck below the Mooseheads goal line to Brendan McCarthy who wound find Oliver all alone out front with a backhand pass. A few swats at the puck later and Oliver makes it 3-1 for the Isles in the final minute of the first period.

Forget that last goal, look at the one that made it 4-1 instead.

The final goal of the first period would chase Alexis Gravel from the game, ceding the crease to Brady James. Despite that, the Charlottetown offense didn’t slow down in the second period; Peach would waste little time in the second adding to his goal total, pouncing on a loose rebound off a Cédric Desruisseaux wrist shot and tuck it past James for his fifth goal on the season. Oliver would follow up not long after with another rebound goal, getting a great pass from William Trudeau at the side of the net and banging in his own rebound for his eighth goal on the year.

Patrick Guay would put a bow on the game with a powerplay goal late in the second period and it was smooth sailing from there. The Isles would cruise through the third period en route to the victory.

Jacob Goobie made 13 saves for the victory, his ninth on the season. Desruisseaux, Cormier, McCarthy, and William Trudeau would each pick up two assists while Boyd, Zac Beauregard, Brett Budgell, and Noah Laaouan each picked up single helpers.

The Isles are back on home ice Easter Sunday night when they meet the Mooseheads once again. Season Ticket Holders are reminded to use the ticket for Home Game #17. If you can’t attend the game, you can catch all the action with George Matthews and Cory Arsenault on Fair Isle Ford Isles Radio on YouTube, or watch along on Eastlink Community TV Channel 10/610!