Kids Run the Show at the Eastlink Centre February 23rd 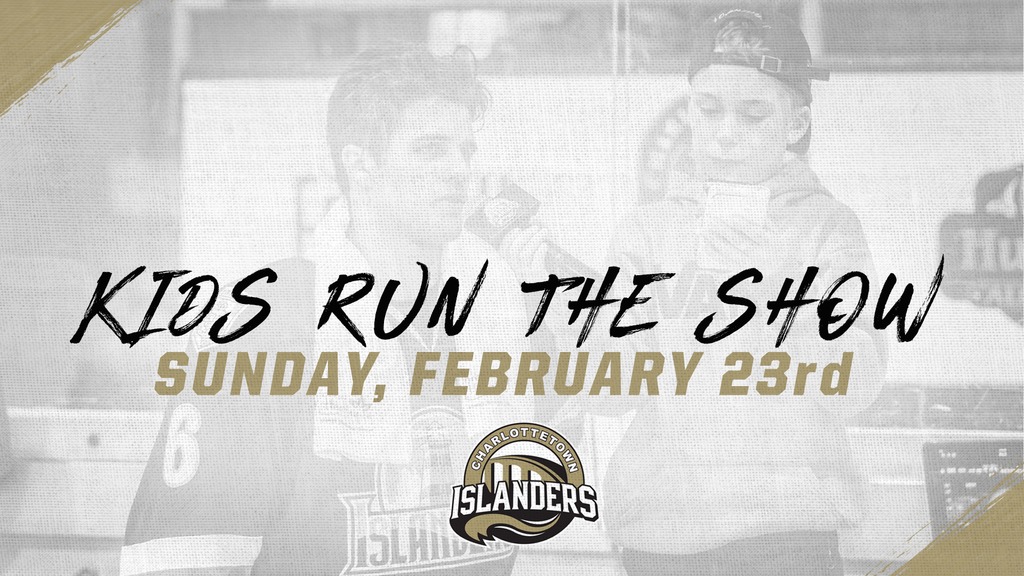 The next Charlottetown Islanders home game will be all about the kids.

The Islanders are pleased to announce their first-ever Kids Run the Show game on Sunday, February 23rd against the Acadie-Bathurst Titan.

“Each game we strive to give our fans young and old the best entertainment value possible. Kids Run the Show will allow us to pull back the curtain for our youngest fans and give them a once-in-a-lifetime experience that they’ll never forget.” Said Islanders vice president of sales and marketing Jason Maclean.

Young hockey fans from around Prince Edward Island will have the opportunity to take play an integral role in every facet of the Charlottetown Islanders game-day experience. From joining Jim Hulton, Guy Girouard, and Kevin Henderson behind the bench, to announcing the starting lineup with PA Announcer Matt Macleod, to calling the action with George Matthews and Cory Arsenault, the next generation will be the ones bringing fans the next level of entertainment on Prince Edward Island.

Kids Run the Show is also presented in conjunction with the Next Q Insider contest, where the winning essay submission will join director of communications Aidan Northcott in the press box to cover the game.

To submit your child for an opportunity to take part in our first-ever Kids Run the Show game, please fill out the form below by Monday, February 17th. Should your child be selected to participate, you will be notified by Wednesday, February 19th. Submissions are open to children 9 and up.