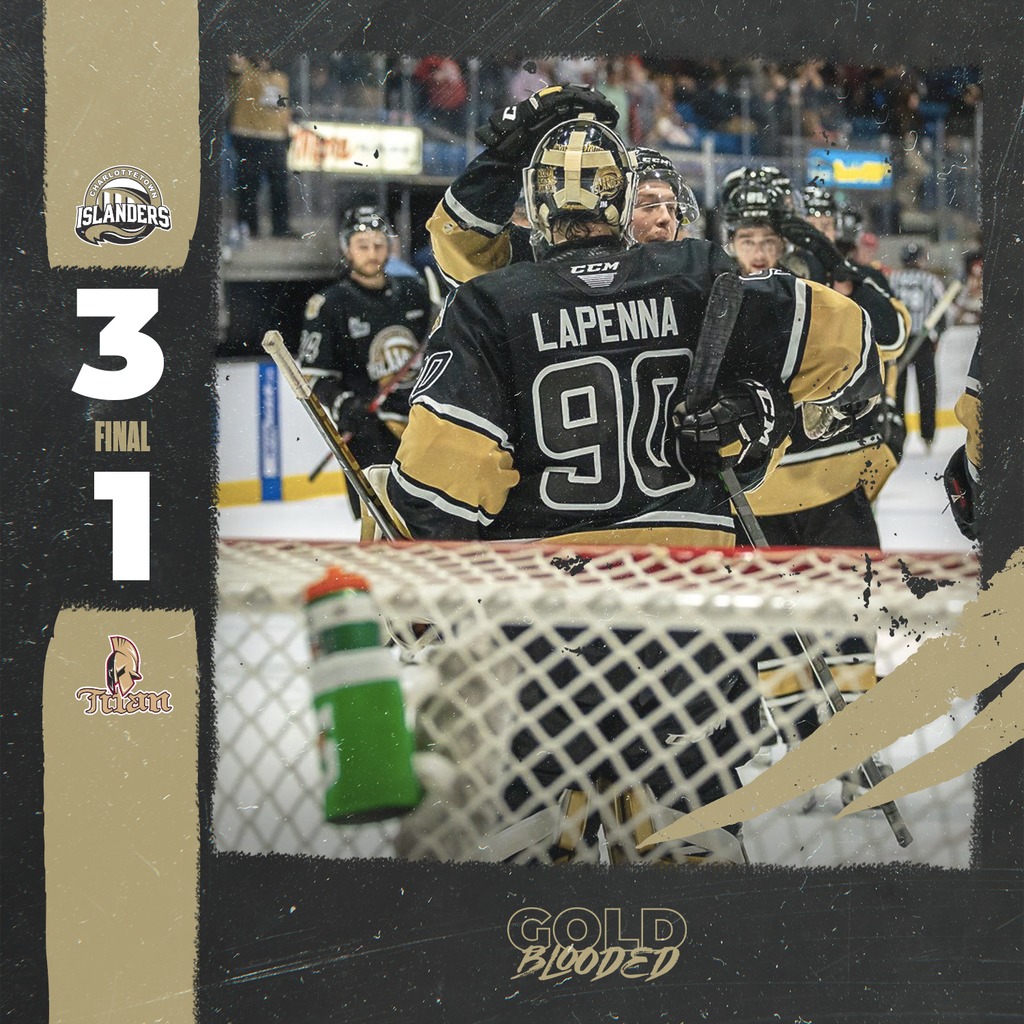 Entering play tonight, the Isles had one thing on their mind, another sweep. The Islanders were yet to lose a playoff game when they went over for their first game in Bathurst of this round two series. With a 2-0 lead and outscoring the Titan 9-2 in those meetings, all the momentum was in the Islanders favor to go across the bridge and wrap their quarterfinals opponents up in three games and send them to the golf course. Although, after having two days rest and now with home ice advantage, you couldn’t count the Titan out quite yet as they also came back from down 2-0 in the first round against Halifax. Tonight, Isles fans were interested to see if their team could keep improving their post-season game and continue to dominate a slightly more rested Bathurst squad. When the puck dropped at 7 pm, it was clear we were in for the most interesting game of this series yet.

The first period was very back and forth. The game would be in the Titan’s favor, and then seconds later the Isles would manage to break up the play and start their own rush to the offensive zone. The goaltending was strong in the opening frame and neither side was able to get just enough of a shot to break the ice in the first twenty. The Isles penalty kill also came up big in period one as they successfully killed off a Lukas Cormier tripping call at 15:06, and then finished the period still on the PK after a Ryan Maynard interference call at 18:58. That Ryan Maynard penalty also deprived the Islanders of the first official goal in the game as the score was called back due to Maynard’s penalty being called. A similar situation to the Justin Holl call in game seven of the Toronto series. The doughnuts stayed up on the board though after twenty and the Isles would be looking for another one of their massive second frames to take the lead in this one.

Charlottetown held the lead in shots after the opening frame at 10-9.

It wasn’t a huge second period but it also didn’t take long for the Islanders to claim the first lead of the game. Just 1:36 into the middle frame, captain Brett Budgell got in tight on Jan Bednar all alone and absolutely undressed the Titan tendy with a beautiful forehand to backhand deke. Budgell then finished off his 5th of the post-season by lifting the puck over the left pad of Bednar. The lone helper on the play was Jeremie Biakabutuka who set up his captain quite nicely. The Isles PK unit came up big once again in the second frame and that was largely due to one, Franky Lappena being outstanding, and two, the shot-blocking. Lappena was on his game through forty minutes in this one robbing the Titan on multiple occasions. As well, the Islanders PK unit clogged up the middle of the ice nicely blocking shot after shot to help out their tendy. The Titan PK performed quite well also as through two periods the two teams combined to be 0/7 on the man advantage. The Islanders were able to hold onto their 1-0 lead when the final break came around and would look to give their netminder some insurance to seal the deal on this series in the final frame.

The Islanders held onto the lead in shots after forty at 25-23.

The back of the net was found even quicker in the final frame than it was in the second period. Just 49 seconds into the frame, Jakub Brabenec was closing in on Jan Bednar, Bednar decided to leave his crease and attempt to poke check the puck away from Brabenec, which he did successfully. However, unfortunately for Bednar but good for the Isles, was that Patrick Guay came in quick to pick up the loose puck just a foot or two outside the crease and snapped it home into the wide open cage. This was Guay’s 6th of the post-season and was assisted by Jakub Brabenec. The Titan did make things interesting though at 8:20 into the third when they struck the board for the first time in the game on the man advantage. Cole Huckins got the third whack at a rebound and was able to send his snapshot past the flailing blocker of Lappena to break up the shutout and make it a 2-1 hockey game.

Things got very tight coming down to the wire but the Islanders netminder wasn’t going to let the Titan back into this one. You can ask anyone who saw this game and they will say the hero was Franky Lappena. The Islanders ticket to the next round was officially punched with just four seconds left on the clock when they broke into the offensive zone on a 3-on-0 with an empty net to shoot at. Isles captain Brett Budgell fired it into the empty net for his second of the game and 6th of the playoffs to seal the deal on another series sweep and a 3-1 victory tonight. Jeremie Biakabutuka was the lone assist on the tally.

Final shots on goal were 36-35 for Bathurst.

What a first six games it has been for the Islanders this post-season. Two series sweeps and some actual time to rest and recover. While the offense did their job in the first two games and was certainly active in the clinching game tonight, it was without a doubt the Franky Lappena show. The Isles tendy stood on his head for most of the night and was able to see the puck like a beach ball stumping the Titan on all but one shot. The Islanders PK unit also played a big role in the win, allowing the Titan to only go ⅙ on the man advantage and blocking so many shots while clogging up the lanes. Tonight was just a very well-rounded performance all over and it’s very exciting to imagine this team still hitting another gear yet. For now, let the excitement set in Isles faithful because your boys in black and harvest gold are going to the President Cup semi-finals!