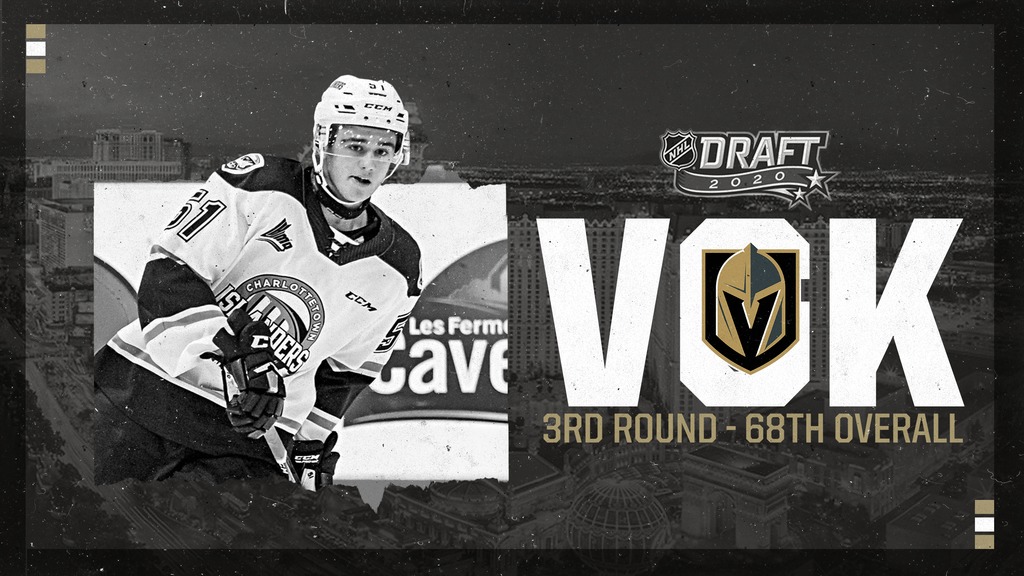 The Charlottetown Islanders defenseman has been selected by the Golden Knights in the third round, 68th overall, at the 2020 NHL Draft.

“It means so much to be selected by the Golden Knights,” said Cormier following his selection. “This has been a really cool experience to be able to celebrate at home with my family and friends. It’s a surreal feeling and a dream come true to be selected to the NHL.”

Cormier has gotten off to a torrid start to the 2020-2021 QMJHL season, recording two goals and six points in his first two games. The 2019-2020 season saw Cormier record six goals and 30 assists for 36 points in 44 games. Cormier was ranked 32nd amongst all North American skaters by NHL Central Scouting in their final rankings, while he was ranked 54th by TSN and Craig Button.

“We’re extremely excited for Lukas. Obviously our opinion is biased, but we think he’s going to be the steal of the draft,” said Charlottetown Islanders head coach and general manager Jim Hulton on Lukas’ selection. “We think that Vegas is getting first round talent with third round value. Today is a day to celebrate the fact that he was selected by one of the best organizations in the league right now.”

Hulton noted that Vegas regional scout Raphael Pouliot was high on Cormier, and spoke to the 5’10 defender a few times leading up to the draft.

For those unfamiliar with Cormier’s game, Hulton offered great insight into his number 1 defenseman.

“He’s a prototypical modern defenseman who can engage in the play and provide offense. A hidden part of his game though is his compete level, and his ever-evolving defensive game. He’s made in the mold of Samuel Girard.”

“I think he’s going to surprise people,” added Hulton. “At 5’10, he’s not that small but he gets labelled as an undersized defenseman but he plays much bigger than that.”

From all of us within the Charlottetown Islanders organization, we’d like to extend a huge congratulations to Lukas Cormier!