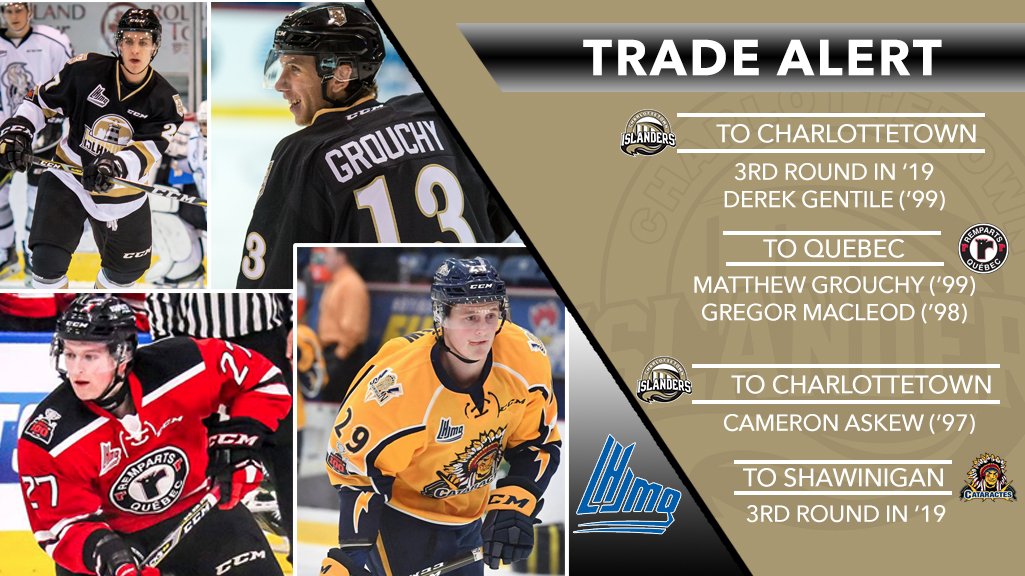 The Charlottetown Islanders were not looking to make any major changes to their lineup as the trade deadline approaches, but Head Coach and General Managers Jim Hulton did pull the trigger on a couple deal to sure up his team’s offence.

In their first move of the day the Isles acquired 18-year-old Derek Gentile and a 3rd round pick in 2019 from the Quebec Remparts in exchange for forwards Gregor MacLeod and Matthew Grouchy.

Gentile, a 5’8”, Sydney, N.S native, has 14 goals and 33 points in 37 games this season, good for the second most points on the Remparts this season.

In the second trade of the day, the Islanders flipped the Quebec 3rd round pick to the Shawinigan Cataractes in exchange for 20-year-old right-winger, Cameron Askew.

Askew, a 6’3”, native of Boston, MA, USA has scored 13 goals and 24 points in 31 games this season, good for second best on the Cataractes in both categories.

And in a separate move Hulton has added last year’s top draft pick Brett Budgell from the Chicago Steel of the USHL for the second half of the season.

The Charlottetown Islanders organization would like to thank Gregor and Matthew for their two seasons with the team, and we wish them the best in Quebec and in their hockey career’s. 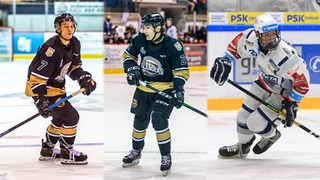 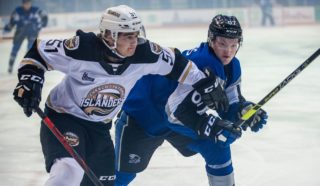 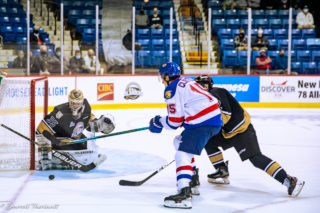 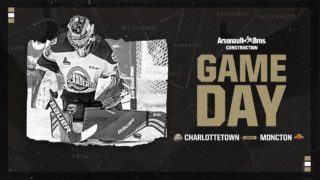 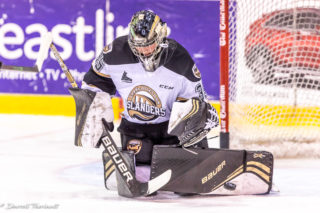